In Voronezh the holding structure of the FSB found tax fraud. 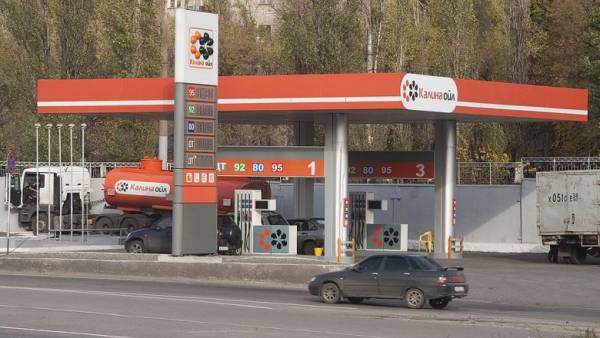 Employees of the Voronezh management of Investigatory Committee of Russia (TFR) opened a criminal case for fraud with the VAT refund in the company of the businessman Valery Borisov working in the region under the brand of the holding company “Kalina oil”. Investigators believe that close to Mr. Borisov, the company entered into a chain of fictitious transactions on purchase and sale of six gas stations, and then compensated them from the budget 25 million rubles In a criminal case has no suspects, but law enforcers do not exclude that the owner of the nearly seven dozen gas stations in the CFA Borisov “may soon become a suspect”. Mister Borisov actions of the security forces have not yet commented.

According to interlocutors “” in regional power structures, the FSB operatives and investigators raided the morning of August 9 from three premises of the owner of “Kalina oil” on the territory of Voronezh. “They politely conducted searches and seized documents. Anyone on the floor is not poured, and with himself in handcuffs was not taken away,” — said the source “Kommersant”.

The third Department (on struggle against tax crimes) of the regional administration TFR opened a criminal case on the fact of especially large fraud (part 4 of article 159 of the criminal code). Investigators believe that close to Mr Borisov structure illegally reimbursed 25 million rubles of VAT.

The scheme, which describe the Kommersant’s sources in the tax service and in the fuel market, was fairly easy. “Kalina oil” through a little-known OOO “Netlayn” and “diamond” has acquired six gas stations in the Lipetsk and Tambov regions. Then “Netlayn” and “diamond” several times bought and sold these stations to each other, and the real owner has not changed, and global modernization of the stations was conducted.

“The variation in the amounts of the transactions were very large — from about 5 million to 50 million rubles for one. In the end have collected these move and filed with the tax to a VAT refund. And successfully taken 25 million rubles”, — explained the interlocutor of Kommersant, familiar with the materials of the proceedings.

All transactions occurred several years ago. In the end, “Netlayn” and “diamond” sold refills, OOO “Basis”, the structure “Kalina oil”. All three involved in the scheme firms were registered to people working in this fuel company at mid-career level.

“They went to the IRS and posing as businessmen. In this guide, pay them for what they have agreed to be “nominal” in this scheme,” — said the source “b”.