As it turned out, this is not a misunderstanding, but a deliberate move. 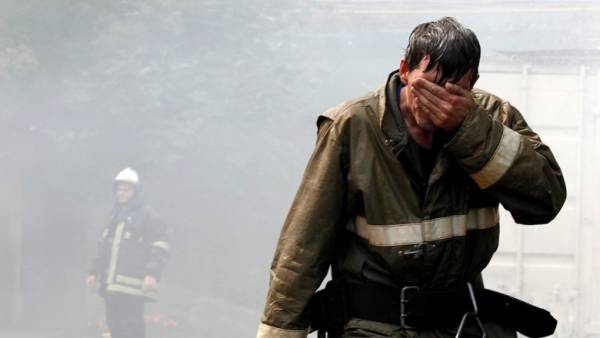 Rhyming headlines to news about emergencies says the press-service Fire and rescue service (PASS) of the Stavropol territory.

“Fiery darkness came to the house,” “river deep get men”, “the boy’s in shock, jet shock” and such creativity can be an excellent example of black humor.

Blew the boat like a shell.The press service of the Stavropol territory PASS

But sometimes the titles resemble titles of horror films.

Was terrible behind the door silence.The press service of the Stavropol territory PASS

Creative headlines is not a misunderstanding, but an intentional move, noted on the website PASS.

Service sure thereby form the inhabitants of the region positive image of rescuers. Such editorial policy the employees of the press service hold for three years.

Headlines attracted the attention of users of social networks. Comedians invited to write in a similar vein, and national news.

The headlines from the Fire and rescue service of Stavropol territory: