Why the white population of South Africa is also eyeing Russia as a possible place to migrate. 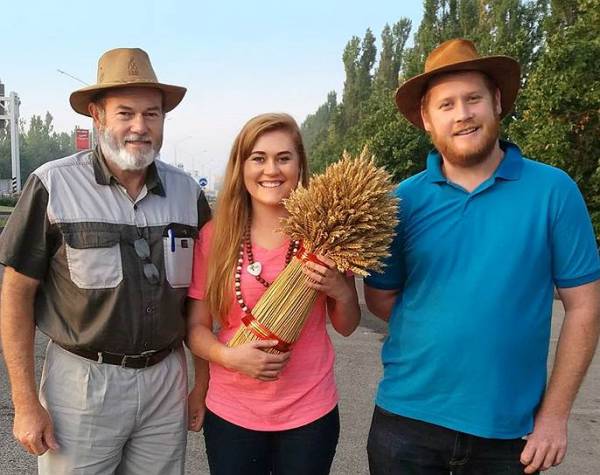 The recent summit of the BRICS leaders in Johannesburg, there were numerous Protocol overlays. Almost new meme became a joint photo, where plates with the name of the country, placed on the floor for placement of participants did not match the flags of the powers behind them. For example, over-the-shoulder current President of South Africa Cyril Matamala Ramaphosa was clearly visible… the Russian tricolor. On this lot was joking, but went highly symbolic: today, a considerable part of the white population of South Africa — descendants of European immigrants — are seriously considering our country as a possible destination for migration. First of all we are talking about the Boers who at home are threatened with the loss not only of ownership but also (alas, this is reality) life itself. The numbers of possible “outcome” is called different — from several hundred to several tens of thousands of people. “Spark” understood in detail.

“Of all the white groups in South Africa, only the Afrikaners — the real South Africans in the true sense of the word. They still don’t hold two passports, only one. They’re here to stay” — these words belong to former President of South Africa Jacob Zuma Gedleyihlekisa, who was forced to resign in February after nine years of rule, and seven failed attempts of impeachment.

Zuma knows what he is talking about: the white Afrikaners — descendants of Dutch colonists, French and German origin home other than South Africa, no.

Not only them, but their great-great were born and raised here. They see themselves as South Africans and not as the descendants of the Dutch and the French, unlike representatives of many nationalities, living next door to them for whom belonging to a particular language group is sometimes much more important than the passport of the Republic of South Africa. By the way, many of them such as newcomers, like the Afrikaners: the native inhabitants of these places can be called is that of the Bushmen (hunter-gatherers) and khoikhoi (Hottentots, nomadic pastoralists). And the first people in South Africa appeared even earlier: at the recent summit of the BRICS leaders, for example, left their palm prints in the complex South African limestone caves “the Cradle of humanity”, where they were discovered the most ancient (2,4−3,5 million years ago) the remains of the ancestors of modern man…

Afrikaner history began on 6 April 1652, when Jan van Riebeeck (Johan Antonissen van Riebeeck) on behalf of the Dutch East India company founded a settlement at the Cape of Storms, which also received the name of Cape of Good Hope (now Cape town or Kaapstad).

After the Dutch landed here fleeing from the massacre of the French Huguenots, and then German settlers. In modern South Africa, there are nearly 4 million descendants of those colonists. Religion — mainly Protestants who speak Afrikaans (a mixture of the southern dialect of Dutch, German and French).

Borax (from boeren — “peasants”) are considered sub-ethnic group of Afrikaners and conservative way of life, existing since the dawn of pereselencev, keep Holy.

Initially the Boer settlements were formed to the East of Cape colony, but then the aggression of the British (in 1795) forced free farmers to go to the “Great track” — to the mainland. In the developed areas, they founded the Orange Republic and the Transvaal colony to Natal to three enclave “new state”.

Happiness of a free life was, however, short-lived: in 1867 on the border of the Orange free state and the British captured the Cape colony was discovered the world’s largest diamond Deposit.

Dispute over resources have led to conflict and then to war:

the first Anglo-Boer (1880-1881) was won by the Boers, but after five years (when they discovered gold deposits still in the Transvaal) there was a second war (1899-1902), in which a British rare even for that time cruelty won the Orange Republic and the “Boer freebooters” drowned in blood (Ogonek detailed coverage of the war in its pages for three years — see “Archive”).

Since then, a vast territory often changed its status: was a British colony and dominion, Confederation, and Federation. Changed and policy guidance from apartheid and the creation of a “South African whites” to voluntary liberalization and the policy of “Commonwealth of Nations”.

Has not changed only the life of the Boers: the main value — family and work policy, they were not engaged.