Researchers from the University of Exeter found that if you gently deliver a little bit of hydrogen sulfide to the desired point inside the cell, you can double to slow the aging process. 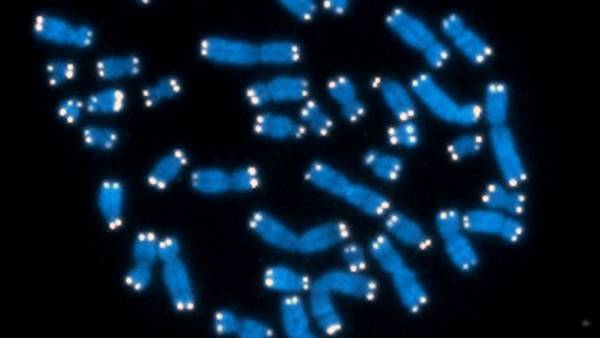 Modern theories of aging — and unfortunately, so many that most will inevitably be wrong — can be divided into two groups. Theories of the first type based on the fact that the aging-the result of the natural deterioration of cells under the action of environmental factors or the inexorable flight of time. If so, then to be saved from old age, you just have to learn to protect your body from these factors.

Another group comes from the fact that ageing is programmed: those environmental factors don’t just ruin the cage, and run it built-in mechanisms that prevent suffering from cell to spoil the life of the rest of the body. The overall result of these cellular mechanisms throughout life, and is aging.

If so, we have a chance to intervene in the operation of these mechanisms in a way to optimize their work for the sake of our happy longevity. Perhaps some prospects of such a development opens the work of scientists from the University of Exeter (UK), which describes an elegant way to extend the life of the endothelial cells are those that line the inside of our blood vessels.

In the last century the minds of gerontologists had the idea of belonging to the first group — free-radical theory of aging Harman Denham. It was on this day prompts some people to take large doses of vitamin E and other antioxidants, although their futility in life extension is quite well established.

According to Harman’s idea, the hot spot cell, which depends on the period of her life is the mitochondria that power station where the burning of nutrients by oxygen. On the membrane of the mitochondria occurs, the electric field of the same intensity as in the lightning channel.

A byproduct of the process — the free radicals, that is, the damaged molecules, for struggle with which was made to take antioxidants. But if the free radical theory of aging subjected to comprehensive criticism, the key role of mitochondria in this process one does not put into question.

Agent, which was used by the English biochemist, is a typical “Skulachev ion”.

There, in the mitochondrion, and penetrate the substance used by the British biochemists. There they produce hydrogen sulfide gas — the same gas that is released when decay. They emit it, however, very carefully and little by little. The result is quite intuitive: the amount of aging (i.e., cease to share) cells in culture is reduced by half.

The idea is to deliver something useful directly inside the mitochondria is not new: this approach, for example, used in so-called “Skulachev ions”, gerontological preparations on the basis of which develops the Russian company Mitotech. The agent who used the English biochemists, in fact, is a typical “Skulachev ion” — it contains the same positively charged residue phosphonium, which, according to the idea of academician Vladimir Skulachev, easily pierces straight to the negatively charged pulp mitochondria. However, there is a significant difference. A substance that takes our Russian Skulachev ions, again an antioxidant, though designed for point action. But with hydrogen sulfide, which is delivered invited by the English drugs, much more difficult.