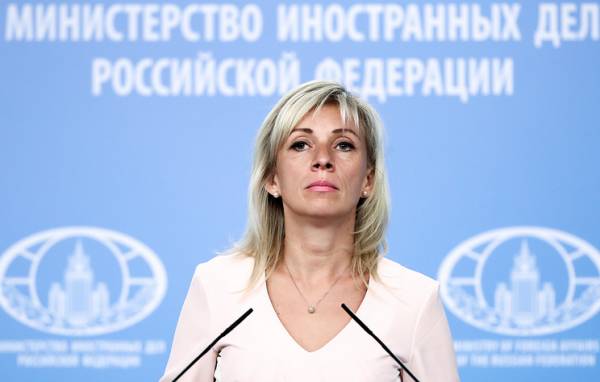 MOSCOW, August 9. /TASS/. Active actions of NATO forces in the Baltic sea region have turned it into a zone where potentially hazardous incidents. This was stated on Thursday at a briefing the official representative of Russian foreign Ministry Maria Zakharova, commenting on the incident with unintended launch of a Spanish aircraft in the skies over Estonia.

“This development was expected, after all, on the initiative of the Alliance it once a quiet militarily the Baltic sea region becomes a zone of intense combat training activities, fraught with dangerous incidents,” she said.