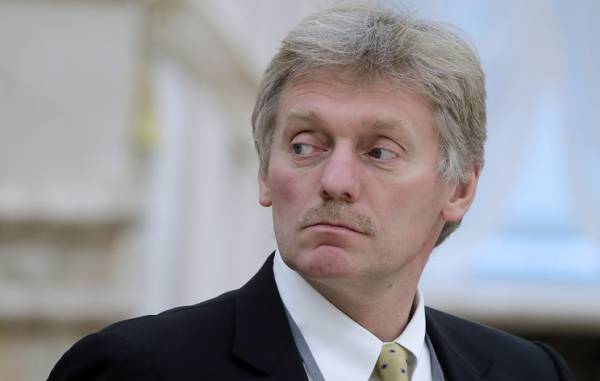 MOSCOW, August 9. /TASS/. The Kremlin believes the new alignment of U.S. sanctions with the incident in the British Salisbury unacceptable, Russia had nothing to do with what happened. This was stated to journalists the press Secretary of the President Dmitry Peskov.

“We consider absolutely unacceptable for the linkage of new restrictions [from the US], which we still believe to be illegal, with the “business Salisbury”, – he stressed. – We resolutely reject any accusations in the context of the possible involvement of the Russian state to what happened in Salisbury. About it cannot go and speeches”.