MOSCOW, Aug 7 — RIA Novosti. The economic development Ministry has criticized the draft order of the Ministry of communications on approval of requirements to the equipment for storage of Internet traffic companies on the “Spring package”, the conclusion, published on the portal of projects of normative acts. 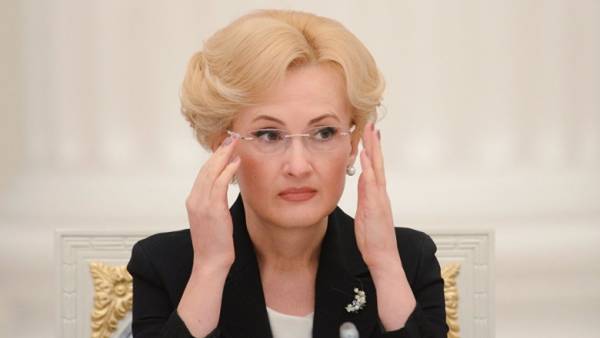 As noted in the conclusion, following consideration of the project and discussion with industry participants identified a number of observations. In particular, according to the Ministry of economic development, the project is contrary to the current legislation, and the purchase of necessary equipment and software and hardware will require significant financial costs.

In addition, the Ministry of economic development points to the lack of equipment in accordance with the requirements specified in the project.

As noted by the Ministry of economic development, the proposed requirements impose on every company the duty to keep all information in at least two instances, and this requires, in addition to the already existing stores, to create a separate backup store all your data.

According to the conclusion of the assessment, one-time total costs of the two largest Internet companies — “Yandex” and Mail.ru Group — can be of the order of 8.8 billion rubles (3.6 billion rubles and 5.2 billion respectively). In addition, the depreciation and the increase in traffic will lead to periodic (annual) costs at least 1 billion rubles. This calculation does not take into account the cost of storing the “bulk content” and proceed from optimistic scenario.

The Ministry also draws attention to the fact that in these calculations were taken into account only the two largest organizer of information dissemination (ARI), while currently the registry contains ORI 98 records.

“Given the above… the Ministry of economic development considers it necessary to recommend to the developer (the Ministry of communications amended) to amend the text of the draft order, in accordance with which the ORI will not be required to create a separate backup repositories, it will use the already available”, — said in the conclusion.

In addition, the Ministry of economic development drew attention to the need to assess all anticipated project costs, considering the volume generated and the stored content of the ORI, the current market value of the equipment required, its availability on the market in the required volumes for all ORI roster. “Without a full appreciation of the resources required to implement design requirements make a conclusion about the appropriateness of the selected developer solution to stated problem is not possible”, — said the Ministry of economic development.

In addition, the Ministry considers it necessary to make corresponding corrections either in the draft act, either in terms of storage of the traffic on the “Spring package”, which ascertain the absence of ORI’s responsibilities for storing identical in content information received when users view online broadcasts of different TV channels, sports events and other similar events.

As noted by the Ministry of economic development, the project established identical requirements for all ORI, regardless of their social importance, the number of active users and other settings. Thus, the ORI, having a small number of users are required to purchase software and equipment similar to those used by large companies.

The Ministry of economic development recommends to consider the possibility of differentiation ORI depending on the number of active users, social significance and other parameters.
“Moreover, the information system of each ORI have a unique architecture and a specific set of interfaces, which makes it impossible to implement standard solutions hardware and software technical means ORI”, — emphasized in the conclusion.

A package of anti-terrorism laws signed by the President in July 2016 (the so-called “Spring package”), including the obligation for Telecom operators and Internet companies to store information about the content of the conversations and correspondence of the users, including photos, video and audio files to provide them on request of the security services.