Sergei Ivanov told why during the war in Georgia, Russia has lost a lot of planes and did not use GLONASS

Russia lost many aircraft during the conflict with Georgia in 2008 due to “bad intelligence,” he said in an interview “Kommersant” the Russian President’s special envoy for environmental issues, ecology and transport Sergei Ivanov, who until 2007 was the Minister of defense and the 2008 war he held the post of Deputy Prime Minister and was in charge of the military-industrial complex. 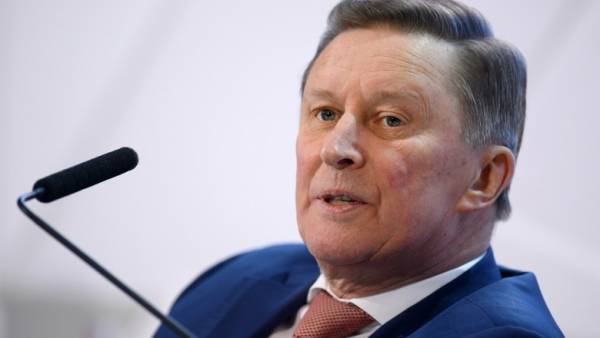 According to Sergei Ivanov, the reason that during the conflict, was shot down six Russian combat aircraft was “bad intelligence.”

“Bad intelligence (that is.— “Kommersant”). Then I can specifically answer your question. Nevertheless, retaining control over the Roki pass and Roki tunnel, our troops entered and quickly stood under Tbilisi. This military action ended. Well, what else about the military part to comment,” — said Mr. Ivanov.

He also said that during the fighting “our troops were having difficulty in orientation in South Ossetia, part of Georgia.” This was due to the fact that the military did not use GLONASS: “I asked the military why they GLONASS is not used. I unofficially military responded that the parts that came in were armed with GLONASS. But the commanders were afraid to give it into the hands of military personnel”.

Afraid that they will lose, spoil, but it is expensive. I said, I can’t argue with a candle did not stand, in many parts of the GLONASS receivers were stored in munitions, not taken away, not lost property. Nonsense, nonsense, Yes. True or not, I can’t say. Sergei Ivanovomebel of the President of the Russian Federation on issues of environmental activities, environment and transport

However, said the special representative of the President of the Russian Federation, the fighting then, “along with certain disadvantages have shown positive things.” “High morale and absolute confidence in the rightness of their actions. This is a positive trait of our armed forces. I really do not like pathos, but they proved themselves worthy, quickly achieved results. It can be a long ernichat about the comparability of the potentials of the Georgian armed forces and our own, but we, the whole army moved? No. Moved there as much as it was necessary to force Georgia to peace”, concluded Mr. Ivanov.