Scientists have named the fastest growing animal on Earth

MOSCOW, Aug 7 — RIA Novosti. African fish-Killi were the owners of a very short childhood and adolescence on Earth. They become fully grown just two weeks after birth, researchers report in an article published in the journal Current Biology. 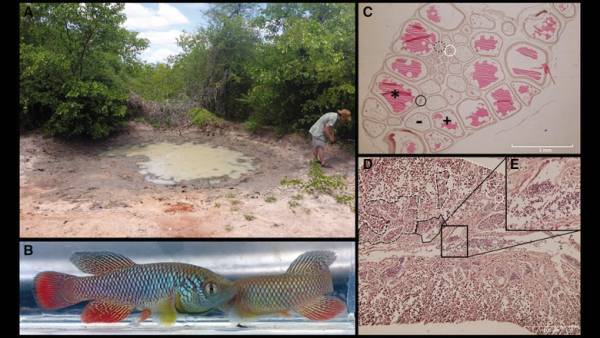 “We have long assumed that some populations of these fishes can grow quickly in certain conditions. But we even could not think that such fast growing was not the exception but the norm for Keeley,” says Martin Richard (Martin Reichard) from the Institute of vertebrate biology Czech Academy of Sciences in Brno.

The speed of growth and maturation of many species of mammals, birds, and other animals varies greatly. For example, elephants, orcas, and human children Mature very slowly, spending a few decades of life, and other animals, for example rabbits, chickens and ducks grow fast enough.

These differences are due to several biological and environmental factors. In particular, an unstable environment will contribute to the survival and spread of animal that reaches sexual maturity very quickly, and will kill their relatives, whose slow life cycle will not allow them to adapt to new conditions.