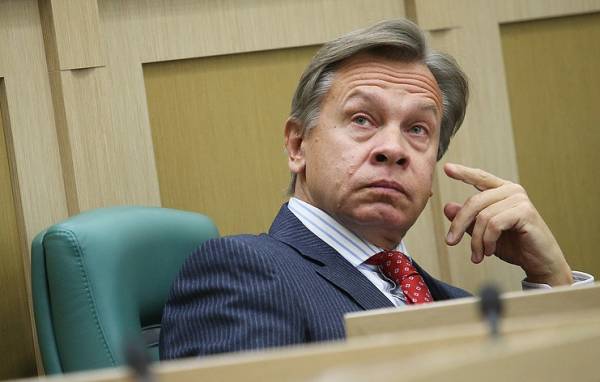 MOSCOW, 8 Aug. /TASS/. Russian Senator Alexey Pushkov after the incident with erroneous launch of the air force of Spain, missiles “air-air” in the sky over Estonia urged the authorities to follow up their defence, NATO aircraft, but not for the Russian air force. He wrote about this in his Twitter.