Property Petrosyan and Stepanenko was arrested

Khamovnichesky court of Moscow arrested all marital property humorists Elena Stepanenko and Evgeny Petrosyan as part of their divorce proceedings. It is reported TASS with reference to the defender of the actor Sergey Zhorin. 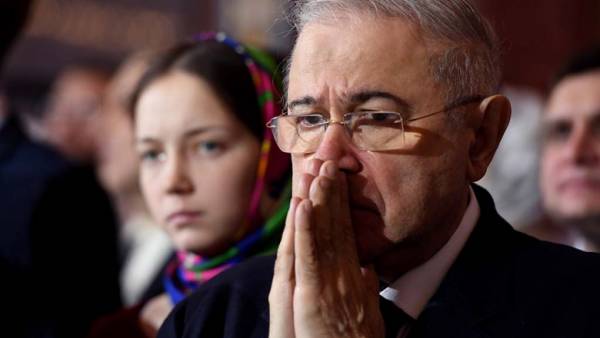 The lawyer explained that the court had taken such action, the couple couldn’t sell before the official decision.

“All the cultural values handed over for safekeeping Stepanenko”, — said the Zhorin.

Marital status humorists is estimated at 1.5 billion rubles. Over the years of marriage, the artists have purchased apartments in the capital, and also a large number of Antiques and other valuables.

Stepanenko filed a claim for divorce and division of property on 4 July, but this became known only a month later. The Joker demanded that the wife give her about 80 percent of jointly acquired property. Petrossian filed a counterclaim with the requirement to divide the property in half.

At the request of the parties to divorce proceedings will continue behind closed doors. Hamovnichesky court will consider the details of the case on August 13.