In Belarus, on Wednesday morning, investigators came to search home for journalists and Pavlyuk Olga Bykovskaya, and also to Alexei Zhukov and his wife Arina the seafront Camuccini, according to Reformation. The correspondent of the edition became the witness of detention of Zhukov and his wife. According to the Belarusian office of “Radio liberty”, the investigators also came to the editorial office of the portal about real estate Realt.by and took editor-in-chief Vladislav Maleckova and three journalists. 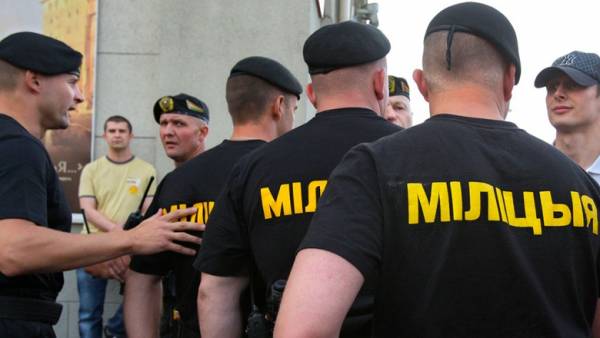 On Tuesday, the Investigative Committee (IC) have raided the offices of independent Newspapers — TUT.by, BelaPAN, the newspaper “Science” in the case of unauthorized access to computer information. For 72 hours, was detained the chief editor TUT.by Marina Zolotova, editor of publications Anna Kaltygina, BelaPAN journalist Tatiana Korovenkova.

The criminal case was instituted, the Ministry of internal Affairs of Belarus on the basis of statements of state information Agency “BelTA”, which reported the crash when you access your paid subscription. Employees of the interior Ministry revealed that during the 2017-2018 without the knowledge “Learned” “made more than 15 000 unauthorized connections to the information stored in the computer system of the enterprise.” As a result of unlawful access to paid content “BelTA” state Agency caused substantial harm associated including with the erosion of business reputation, came to the conclusion law enforcement officers.