In Romania, found a fortress from the bronze age of Troy three times more

In Romania I found the castle, built about 3.4 thousand years ago, according to the Romanian Insider, citing local portal Arandon.ro. The citadel was built around the time of the Trojan war, and almost three times more Homeric Troy. 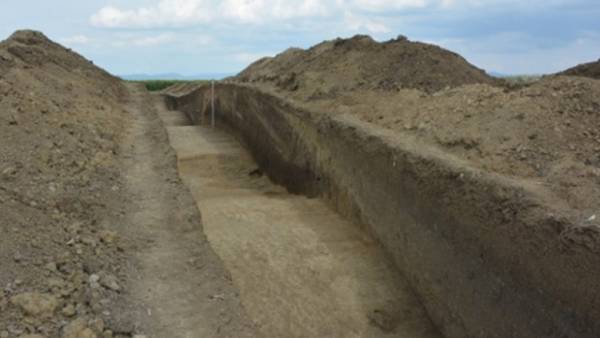 In the late bronze age (1600/1500 — 1100 BC) the ancient people who lived on the territory of Romania, were engaged in agriculture, including bred domestic animals, and hunting. They made pottery decorated with an ornament, and be able to mine ore and make bronze, copper and gold artifacts. The then inhabitants of this area built a fairly large settlement, which was probably the regional centres, and other villages, where, apparently, lived during the season or more.

Recently, archaeologists found in the North-West of the country, located in Santana, one of the largest buildings of the bronze age fortress built around 1400 BC. Romanian and German archaeologists under the direction of rüdiger Krause (Rüdiger Krause) from the University of Frankfurt Goethe and Gogarten Florin (Florin Gogâltan) of the Romanian Institute of archaeology and art history began archeological work in Santana in 2009, but the bulk of studies have been conducted in the last two years.

Recently, researchers scanned the fortress with lidar and determined its size — about 90 acres. According to the researchers, the citadel was almost three times more of Troy, which existed about 1300-1190 years before our era, and which many scholars identified with the Homeric Troy, destroyed by the Greeks. During the excavations of Troy were found at least 13 different settlements of the time. The oldest of them dates from 3000-2600 years BC, and the city is supposedly sung in the Iliad, was in the VII layer.

Troy occupied an area of about 30 hectares, and a citadel in Santana — 89 hectares. Building Three was constructed of stone and Santana — of brick and wood. This is a sign that civilization on Romanian territory was more developed, and its representatives were able to fit the building materials that they had.Florin Gehalten

Currently, scientists have studied a little more than half strength — 55 acres of the 90. They found that the fortress was surrounded by earthen Bank with a height of about 20 meters, and behind it, a moat was dug about four meters deep. One of the buildings of the citadel was a huge Palace with a length of 100 and 40 metres wide. Now archaeologists are trying to figure out why it was necessary to build such huge fortifications.