How to get compensation for flight delays

MOSCOW, 8 Aug — RIA Novosti, Irina Ovchinnikova. Many tourists have developed their own traditions, which they observe before the flight: a Cup of coffee and a croissant in a cafe, selfi on the background of the airfield, the pictures of the tickets with the passports or, finally, meditation. But an unexpected delay or cancellation may erase all traditions, spoiling upcoming vacation or return home. 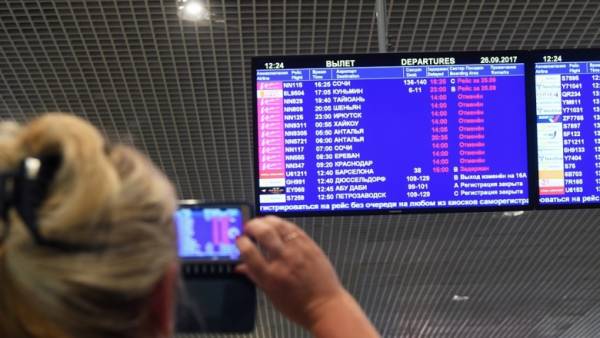 What is required to provide passengers with the airline what compensation is due the traveler and whether or not to go to court in case of default — in the material RIA Novosti.

“In may I eight-year-old daughter was supposed to fly to Turkey, but for technical reasons the flight was delayed in total for a day we spent at the airport — says Muscovite Anastasia Sholokhov. — Representatives of the tour operator stated that they are not to blame for the flight delay and to pay compensation will not. Few weeks the money has transferred to the airline — about six thousand, which, of course, will not reimburse us for a spoiled holiday”.

Outraged tourists share stories about flight delays on the travel forums. However, according to statistics of the Federal air transport Agency, the number of delays, at least on Charter flights, reduced: from 15 June to 14 July — almost ten times, from 30% to 3.6%.

Compensation for originaalse General rules of air carriage, the airline reserves the right to cancel, delay the flight, to replace the plane and the route, if conditions require safety.

In paragraph 99 of the rules, it is clarified that in case of delay or flight cancellation at the independent and independent of the carrier reasons, he is obliged to provide a number of services.

For example, the opportunity to relax in the room of the mother and the child for passengers with children up to seven years. If the flight is delayed more than two hours passengers should offer soft drinks, more than six hot meals. More than eight hours per day and more than six at night to place in the hotel to assist with Luggage storage.

The payment of money

“Except for meals, the airline is also obliged to pay compensation, explains managing partner of the bar Association Vladimir starinskij. The amount consists of three per cent of the cost of the ticket for each hour of delay and 25% of the minimum wage. And if the ticket was purchased on a connecting flight, then its cost should also compensate”.

The expert said that the claim of the airline need to make sure, not forgetting the statement to specify the Bank account number for money transfer. If the carrier has not responded and has not sent money to go to court. “You can count on compensation of moral harm, except for situations where the act of force majeure,” adds starinsky.

Rules payment for delays on international flights differ from domestic.

In the National tourism Union are reminded that in 2017 Russia acceded to the Montreal Convention and the amount of compensation is now linked to the special drawing rights, calculated based on Japanese yen, Euro, dollar and pound sterling.

Under the Convention, for the delay is entitled to compensation of up to 370 thousand rubles, depending on incurred losses. But first you have to prove in court that the passenger was indeed caused serious damage.