MOSCOW, 8 Aug — RIA Novosti. Soviet and Russian journalist, by the war correspondent and columnist, radio and television of the USSR Michael Leszczynski died in the night of Wednesday on 74 year of life, reported RIA Novosti head of the press service of the Union of journalists of Russia (szhr) Jan Radzevich. 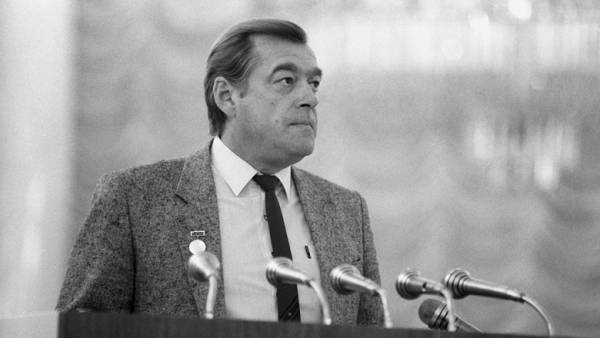 “Tonight you died Mikhail Leshchinsky was one of the most famous Soviet war correspondent, the TV journalist. Through his eyes we see the war in Afghanistan. Reports of Michael Leszczynski has always been emotional, leaving no one indifferent. He possessed a rare gift of the reporter to create a “presence effect” of the viewer into the scene. The Russian Union of journalists expresses its deep condolences to the family, friends and colleagues of Mikhail Borisovich,” said Radzevich.

Leszczynski more than 40 years working in the field of radio and telecomunicatii. Got a hundred stories about the most important events in the country and abroad, as well as dozens of cycles programs. Led the program “I Serve the Soviet Union”, for 4 years was a correspondent of the Central television of the USSR in Afghanistan, the political observer of Central television. In 1992-1994 he was the head of the military division rgtrk Ostankino, from 1994 he hosted a weekly program “Polygon”.