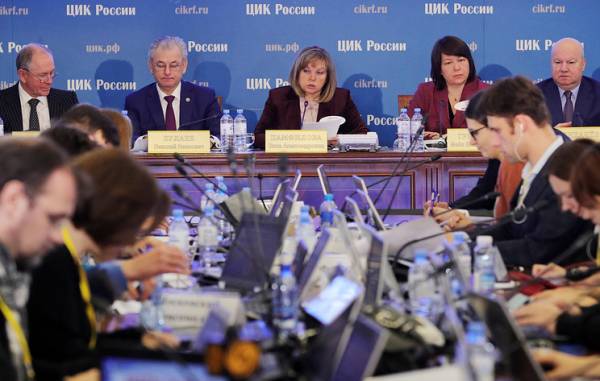 The meeting of the CEC of the Russian Federation

MOSCOW, 8 Aug. /TASS/. The Central election Commission of Russia believes that the wording of the question that the initiative group created by the candidate in mayors of Moscow from “just Russia” Ilya Sviridov, proposes to the national referendum against the increase of retirement age, meets the requirements of the law. The same decision of the CEC plans to bring the referendum question, which offer the initiative group, created in Moscow region and Altai Krai.

The conclusions prepared for the meeting of the Commission on Wednesday.