A leading us television show The Late Night Show Stephen Colbert tried to recreate the makeup of the US President Donald trump with the help of bronzer, a highlighter and sausage. The segment, Colbert shared in his Twitter page. 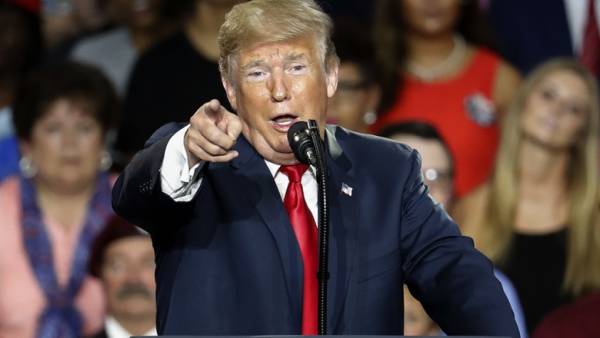 The journalist recalled a recent speech, trump at a rally in Ohio. The policy is very face shone, so Colbert compared it with a Bicycle reflector. He later added that the President of the United States like a mixture of robot C-3PO and glazed ham.

Get that glistening sheen WITHOUT Trump a lifetime of eating bed-burgers! My Trump makeup tutorial is here! #StephenontheFloor #MakeAmericaFaceAgain pic.twitter.com/CnCcU8Xjtg

In the end, the broadcaster showed a live excerpt from my own beauty blog, which he decided to replicate the “shimmering” makeup in the style of trump. For starters, Colbert put on his glasses for swimming, so cosmetics didn’t hit him in the eye. Then he picked up the bronzer, poured it on the hands and distributed on the face, causing the skin immediately purchased the bronze shade.

After that, the journalist tassel unevenly struck on face highlighter. “To get the best effect, you need to distribute it all with a slice of baloney,” said Colbert and immediately rubbed the makeup of food.

In the end, the journalist recalled that before leaving we must not forget to remove your glasses to get a bright under eye.

Formerly a leading American evening TV show Jimmy Kimmel Live! Jimmy Kimmel said that he had learned to identify the lies of trump during public statements. He noted that the politician always says the phrase “this is true” while cheating.