Yakut United Russia got rid of the rowdy

The Deputy withdrew from the elections to the Parliament of the scandalous video on YouTube. 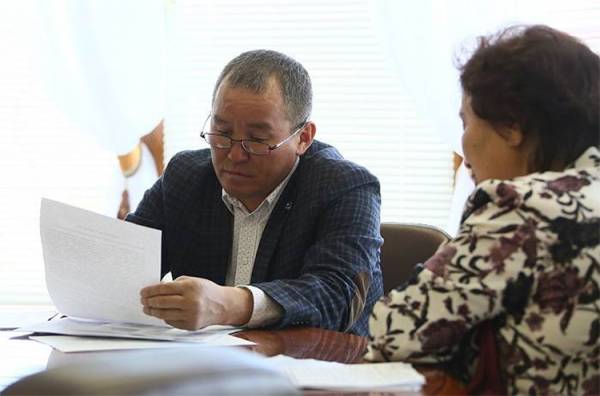 The acting Deputy of the Yakut state Council and Deputy Director of the state unitary enterprise of housing and communal services of Yakutia Yury Sadovnikov excluded from the list of candidates to the state Council, said the local branch of “United Russia”. 5 Aug in a hotel room pilots of airline “Polar airlines” in Ust-Nera Oymyakonsky district Yury Sadovnikov being in a state of alcoholic intoxication scandal. On the YouTube hit video where the officer in shorts is aggressive, waves his hands and attacks the source. Master Gardeners demanded from the pilots of the helicopter Mi-8, so they drank some alcohol. The refusal he responded by threatening to fire pilots, stating that he was a Deputy. The pilots pushed the official. At about 06:00 in the morning the rowdy was taken to the police station.

“Members of the political Council supported the decision to delete Sadovnikov from a list of candidates in the Kolyma-Indigirka regional group No. 34 for the actions discrediting the party and damaging its political interests, — has declared the Secretary of the Yakut branch of Mr. Afansiev.— Each such case will be promptly considered at a meeting of the political Council. Will take the most stringent measures, no matter the position or title”. The decision was sent to the Central election Commission of Yakutia.

In a press-service of the Department emphasize that the master Gardeners went to the polls as a supporter of the party, not its members.

Acting head of Yakutia Aisen Nikolayev asked the Minister of housing and communal services and energy of the Republic Danilo Savvinova to hold against the head of state unitary enterprise of housing and communal services of the official investigation and “take action”. Mr. Nikolaev called the behavior Sadovnikova “unworthy of the head of the management category and the people’s choice”.

Deputy Secretary of General Council of “United Russia” Victor Seliverstov told “Kommersant” that the decision to expel Yuri Sadovnikov in the Yakut branch took, but the party as a whole had taken a “tough stance” about people who “dragged its rating down.”

What happened is a fact, and if desired, there can be other to find. We don’t want that amount of negativity from the man shimmered in the organization, and again that the party of crooks and thieves, but why generalize? Stumbled guy, start looking for employment elsewhere.Victor Silvermountain Secretary General Council of “United Russia”