In Mumbai at least 150 people suffered burns while bathing

NEW DELHI, Aug 7 — RIA Novosti. At least 150 people suffered burns from the poison of Visalia (also known as the “Portuguese ship”) while swimming on the beaches of Mumbai, said on Tuesday the TV channel NDTV. 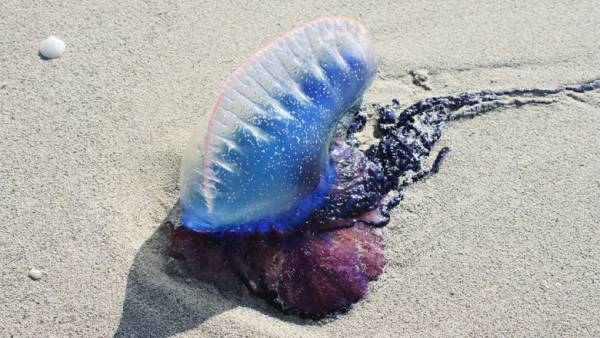 Vitalii who are unable to move independently, be off the coast of India every year during the season of monsoon rains they bring here the current and the tides.

Five “aliens” that live in the ocean

The owner of one of the stores in Mumbai, told the channel that in the last days of Visalia flooded city beaches and deliver a lot of trouble. According to him, despite the fact that burns from contact with them, usually not fatal for humans, people continue to experience them after a severe pain at least several hours.

“On the beach is now full of them. Over the past two days suffered a lot. I help them by washing the burn with lemon juice. I think now it is better to refrain from visiting the beach,” said the man.

In contact with other organisms, including bathing in the sea man, Vitalii as a protective reaction secrete a poisonous substance that forms on human skin burn, which in form and appearance resembles the bite of a jellyfish. Poison Visalia can be fatal for a person suffering from allergic, but statistically deaths when you touch Vitalii extremely rare.