What property is shared by Yevgeny Petrosyan and Elena Stepanenko? 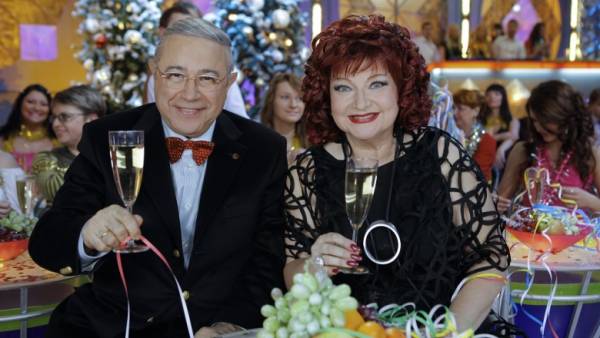 The Khamovnichesky court considers the claim of Elena Stepanenko on the division of property to his wife, the famous Russian comedian Evgeniy Petrosyan. To that claim, each spouse, understood Aephi.

To that claim Elena Stepanenko?

According to some, only part of jointly acquired property claimed by Elena Stepanenko, has a cost of 1 billion rubles. As reported by the Life Petrosyan’s lawyer Sergei Zhorin, Stepanenko planning to keep the Antiques, cultural values and most of the apartments.

And in the statement of claim of Elena Stepanenko has openly declared his claim to the greater part of the property. Lawyer Petrossian announced that Yevgeny vaganovich and so do not mind to share with his wife, but offers to divide property in half.

Lawyer Stepanenko Elena Zabralova the divorce process has not commented.

What property is shared by the comedians?

According to media reports, after years of marriage, the spouses have acquired six apartments in the center of Moscow, the country house, several cars and other family assets.

Most of the real estate is concentrated around one area. Three apartments with an area of 92, 64, and 138 square metres and all are in the same house — in Sechenovskiy lane. This old house, architectural looks like a building from the late nineteenth century.

Another apartment is located in a new building in 1-m the Zachatevsky lane. Its area is 512 square meters. In the same place the couple at the time, bought five cars.