Ukraine to discuss the termination of railway communication with Russia 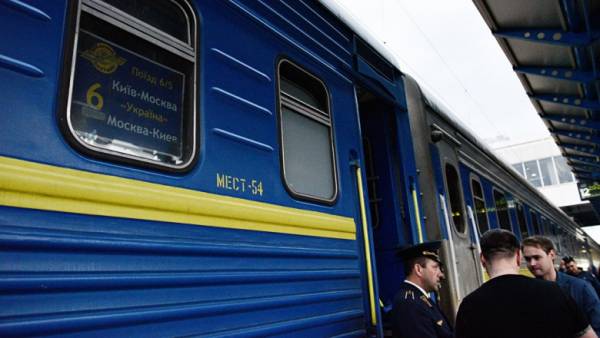 “We consider now the option of closing the rail link with Moscow,” said Omeljan on air of TV program “Breakfast with 1+1”. His words are on the TSN website.

At the end of last year Omeljan stated that the issue of termination of railway communication with Russia, the authorities may decide in 2018.

Losses from the cessation of the movement of Russian trains through the territory of Ukraine, according to him, will amount to one hryvnia.

While in the state administration of railway transport (Ukrzaliznytsya) reported that the most profitable Ukrainian train in 2017 became part of the “Kiev — Moscow”, he brought nearly six million dollars in profit. However, passenger traffic long-distance trains in Ukraine were in General deeply unprofitable. The total loss amounted to 3.5 billion UAH (about 7,5 billion rubles).

From October 2015 between the two countries is completely absent air traffic, this step was initiated by Kiev. Passenger trains still run, but their number decreased significantly compared to what it was before the coup in Ukraine.