The foreign Ministry called the list of duties of Steven Seagal

The Russian foreign Ministry explained, what will the American actor Steven Seagal in the post of special representative of the Russian depodesta on humanitarian Affairs with the United States. 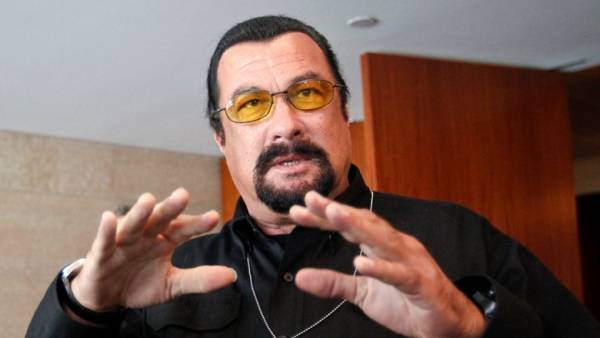 It will be “to promote the development and implementation of various projects of bilateral cooperation in the sphere of culture, art, science, education, sports, social and youth exchanges,” according to the website of the Ministry.

Mr. Segal will participate in various international events, to maintain contacts with American partners, “will join the conservation efforts associated with Russia to memorial sites in the United States.”

“We are grateful to Steven Seagal’s willingness to use its expertise and authority for promoting Russian-American social and cultural ties, as well as the formation of a generally more positive atmosphere in bilateral relations”, — stated in the message of the Russian foreign Ministry.

We will remind, on August 4, the Russian foreign Ministry has appointed Steven Seagal’s special representative for humanitarian Affairs with the United States. Former U.S. Ambassador to Russia Michael McFaul called it a “gesture of despair”. “Maybe Seagal is popular in Russia, but not in the States. He has no experience in diplomacy, it is all just meaningless. Moreover, I believe this appointment is humiliating for the Russian Ambassador Anatoly Antonov,” said Mr. McFaul, “Kommersant FM”.

Read more in the publication “Kommersant FM” “Steven Seagal will begin to understand the humanitarian ties”.