The attempt of the XXI century. How many are “killer robot drones”

Today in a network there was video of a failed assassination attempt on Venezuelan President Nicolas Maduro. The attack was to be carried out by two drones Laden with explosives. One of the drones finally exploded next to the presidential podium, the other flew to the target and crashed into the building. Several people were injured. It should be noted that some media have questioned the fact of the attack, calling it a hoax. 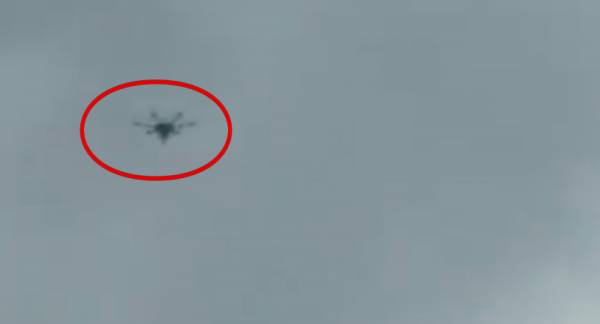 It is reported that the attack had used two drone model: DJI M600, each of which was loaded with one kilogram of C4. Modern drones can carry several pounds of explosives and travel at speeds up to 160 km/h to a distance of 640 kilometers.

Participated in the attack drones DJI M600 worth nearly half a million rubles.

And most importantly, that they don’t even have to manage the time of the attack, enough to put the mission plan and to coordinate all events in time and place, calculating the position of the object of attack.

Gadget’t be called cheap in Russian stores price starts from 455 000.

Nine days ago, on the other side of the world, terrorists using drones was planning an attack on the international airport in the capital of the United Arab Emirates, Abu Dhabi. One powerful enough drone can carry enough explosives that can destroy a passenger plane (especially in the critical moments of takeoff and landing).

Although as a result of drone attacks-killers while no one was seriously injured, clearly charted a new era in the technology of terrorism. And it is obvious that traditional means of defence to oppose them are not ready yet.

Experts believe that one should expect both an increase in the frequency of use of drones in the attacks and a new wave of scepticism about the open sale and use of drones from regulators.