Human activities can directly and indirectly lead to an increase in the incidence of cancer among wild animals, say Australian scientists; on this basis, Homo sapiens can be considered “carcinogenic”. 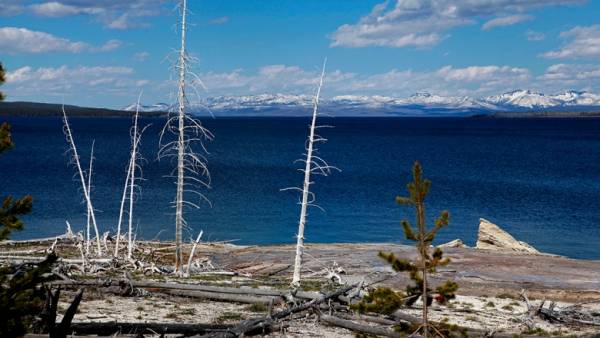 The increase in the incidence of cancer in the last few decades, among people associated with the lifestyle change of a man at the end of XX—XXI centuries: growth incidence definitely contribute to the change of diet, Smoking and alcohol consumption modern people. There are also environmental factors — the composition of the air and drinking water. A group of Australian scientists has suggested that the second group of factors may contribute to an increase in the incidence of cancer not only in humans but also in wild animals; to confirm or refute this hypothesis, the researchers analyzed previous studies on the influence of anthropogenic factors on the health of wild animals.

In fact, ill with cancer not only people, but the spread of cancer among wild animals — a topic poorly understood, data are scarce, and to say to what extent cancer affect Earth’s ecosystems, is difficult. There are a number of studies, findings which support the hypothesis of Australian scientists; so, in 2009, marine biologists found that 27% of belugas inhabiting the estuary of the St. Lawrence river in Montreal, suffering from malignant tumors of the intestine. In the St. Lawrence river dump waste several metallurgical enterprises, and pollutants in the water are almost certainly the cause of tumors in the intestines of Beluga whales. Other studies show that similar problems exist at living in very polluted waters, California sea lions and some species of fish.

Carcinogenic compounds that fall into the oceans with sewage is not the only source of pollution of water and atmosphere, can cause cancer in animals, scientists also point to radioactive isotopes released into the environment as a result of technogenic catastrophes, and possible carcinogenic effect of pesticides, herbicides and fungicides used in agriculture (they are exposed to both domestic and wild animals).

In addition, the increase in the incidence of cancer in animals can contribute to light pollution in the cities of artificial lighting already associated with the increase in cases of breast cancer in women working in offices, and the lab rats — this is probably due to the disturbance of circadian rhythms and the development of appropriate hormones.

Another factor that can, according to the authors, to become cause of cancer in wild animals — food that some species regularly receive from man. Despite the fact that the dressing helps to protect the animals from hunger, product quality is not always the same as the quality of food that animals find in their natural habitat; feeds can contain more fats and sugars and also subjected to pollution (especially hazardous carcinogenic mycotoxins).

Five “aliens” that live in the ocean

Carcinogenic effect of mycotoxins has been proven for people and partridges receiving from people infected with the fungi feeding, these toxins are associated liver disease from white-tailed deer. A number of studies have revealed a reduction of the diet of wild animals, receive regular feeding from a human, protein and fiber, and increased amounts of simple carbohydrates; the same changes in the diet in humans is associated with an increased risk of developing cancer.

The last factor mentioned in the article — the reduction in the size of wildlife populations, leading to inbreeding and its associated risks. A study published in the journal Nature Ecology and Evolution.