Natural born killers: the animals, who know and love to fight

MOSCOW, 4 AVG — news, Alfia Enikeeva. Militancy is not unique to humans. Attacks, raids, a kind of martial partnership is familiar and insects, birds and mammals. Conflicts erupt over females, resources, territory. About the most brutal aggressors in the animal world — in the material RIA Novosti. 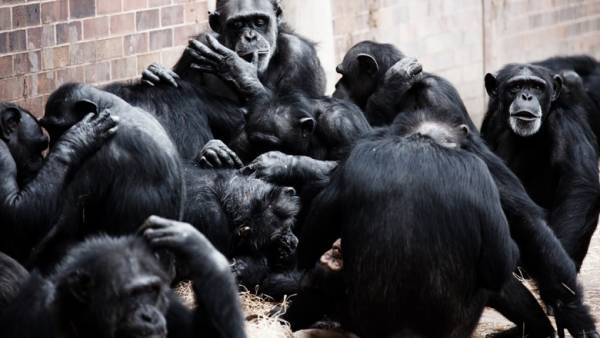 Ants are known as fearless warriors and ruthless looters. Due to high competition for resources and food sources, especially when the colonies of these insects are located close to each other in a small area, they attack the neighbors and ruin their nests. Happen and interspecific conflict.

Exploding ants and hairy crabs: nature is richer than we thought

In battle, the ants bite, sting and use real chemical weapons, and it’s not just about pheromones. The Malaysian ant Camponotus cylindricus, sensing danger, contraction of the muscles to literally tear themselves apart and sprinkles all around adhesive substance containing acetophenones and other chemicals, paralyzing the enemy.

Suicide protection is typical for nomadic ants (Dorylinae) who do not have permanent nests and migrating from place to place. In Parking lots, to protect the colony, major workers lined up along trails, exposing the forward mandibles. If formic Park attack the enemy, all the watchmen, as a rule, perish.

By the way, army ants, namely the subfamily Ecitoninae, living in the forests of the New world, — one of the most brutal insects.

Attacking the multi-million colonies of permanent enemies — ants leaf cutter (Attini), they ruin the nest, killing all encountered on the way individuals. Before you get to the nest, they have to endure many days of grueling battle with the soldiers are the leaf cutter. Losses in these battles are huge on both sides.

Some species of ants have learned to minimize war damage. So, Megaponera analis, inhabiting the tropics and subtropics of Africa, never leave their wounded on the battlefield. They save all individuals, who lost three limbs, treat them, and then used as workers. This allows you to increase the level of survival of the colony during the military conflicts with other ant communities from 20 to 90 percent, say scientists.

The best defense is a good offense

2014 analyzing cases of conflicts between crows, researchers from the University of British Columbia and Cornell lab of ornithology have found that aggressors are almost always (in 97% of cases) were smaller American and northwestern crows. They usually came out the winners in fights (81 percent), as took a number.

Most of the clashes took place during the active nesting season — from March to may. Common ravens are known kleptoparasite. They prey on other nests, particularly the nests of the American and northwestern crows. Potential victims just decided not to wait for the sea weather and took preventive measures.