Expert on da Vinci questioned the authorship of paintings, sold for $450 million

Moscow. 6 Aug. INTERFAX.RU — Oksfordskii historian and art historian, specializing in Leonardo da Vinci, Matthew Landrus convinced that sold for a record $450 million the painting “the Saviour of the world” was not written by Italian artist and his assistant. 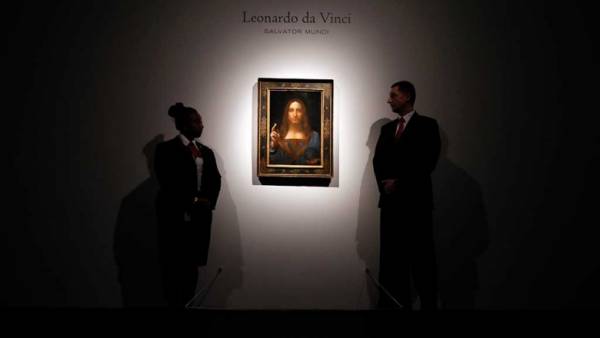 As The Guardian reports, according to experts, the real author of the paintings was the apprentice and assistant of da Vinci, Bernardino Luini, whose works are usually auctioned for less than $1 million He said that Leonardo was working on the painting, but the brush has a 5-20% masterpiece.

Obvious and probable. What will happen to the art market, when will the “water Lilies” by Claude Monet and runs Pablo Picasso?

“This is a picture of the authorship of Luini. If you examine pictures of different disciples of Leonardo, can be found in the “Savior of the world” hand of Luini,” — said Landrus.

The painting was sold in November at Christie’s auction, it was represented as one of the works of da Vinci, of which there are less than 20.

The masterpiece was purchased by Saudi Prince for $450 million expected in September it will show in the recently established art Museum “Louvre Abu Dhabi”. In 2019, the painting will be exhibited in the Louvre.

The Guardian recalls that previously, several experts confirmed the authorship of da Vinci, but some of the leading professionals had doubts. So a historian from the University of Leipzig Frank Zoller believes that “the Savior of the world” is the product of the workshop of Leonardo or was written later. A specialist in Renaissance art, Charles hope also believes that the painting “looks quite unusual” for Leonardo.