Evasive answer: court acquitted recruit for refusing to go to the service

As pacifists get their rights not to join the army. 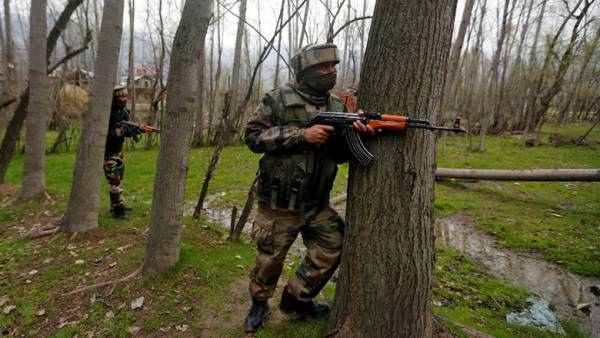 A Russian court handed down the first acquittal in the case of the recruit, to evade the alternative civilian service (AGS). A resident of the Rostov region Konstantin Titov proved the impossibility of service due to the lack of space in the Dorm. The young man had to work as a social worker in a boarding house for the elderly and disabled. He refused to rent an apartment in another city at his own expense and did not come to the place of service, but eventually escaped justice. As pacifists seek to protect their rights during the passage of the ACS and what are the benefits of the service without weapons — in the material of the portal iz.ru.

Allow world not come out

The case against Titov was considered in the court of Volgodonsk. The recruit was to arrive at the boarding house for the elderly and disabled in the city of Engels of the Saratov region in may 2017. However, in the course of correspondence with the facility, he found that he was not going to provide housing, as required by law.

After that Titov has addressed in court with the civil suit, but his demands were not met. The military handed over the materials to the Investigative Committee, in respect of a young person was prosecuted under part 2 of article 328 of the criminal code “Evasion from passage of military and alternative civil service”. For this offence a fine in the amount up to 80 thousand roubles or income for six months or obligatory works, or arrest for up to six months.

The decision in favor of the recruit made Volgodonskiy district court, which ruled that the military had to provide him with travel documents to travel to the city of Engels, and the orphanage is to provide his Dorm.

In an interview with the portal iz.ru Konstantin Titov said that the prosecution is going to appeal the decision and start the case anew.

“The Prosecutor’s office considers the decision illegal, but wants to cancel it. It sounds quite strange: if I will accuse, then again, it will go in the first instance, then appeal. But I plan to go on until the cassation and of the ECtHR. The law is on my side, but the situation is, of course, stupid.”

According to their logic I had to go and live at their own expense. Thus my argument that I’m unemployed and money on this I have, as if not heard.

“All these things they are missing, and apparently expect me to live on the street and walk on the AGS. By law serving are entitled to free hostel: not a kennel, not a hallway, not a room in the hospital. It is a hostel, but nothing more,” — said Titov.

He said that currently can not be sent to alternative service due to the fact that there is an appeal in the case. If the decision is not appealed in court, he must find a new venue with a guaranteed hostel or to provide employment in the city of residence.

“The first time I sued, I pointed out that a violation of the procedure of medical examination. The court said that this is true, but this violation is not sufficient grounds to change the decision. In the second instance had provided documents about the health problems. It turned out that I have limitations. But for the military there is no difference. In any question they tossed at each other: no clear answers we received,” he added.

In that moment, when the recruit passed re-medical examination, it signalled the initiation of legal proceedings. Young people also complained about irregularities in the conduct of medical examination: during the litigation category of health was changed to “suitable with insignificant restrictions”, but this fact played no role.

“The Investigation Committee I showed that violation of the procedure of medical examination, tickets overdue, nowhere to live — everything is documented. The answer was simple: you were supposed to arrive may 29 — you have not arrived. And all that I then said, remained without reaction.

Despite the fact that the refusal to perform military service on belief does not contradict existing laws, in the military related to the “alternatives” are often very dismissive.

As a rule, on the Commission which considered this question, asking young people about whether they will protect their girls in case of an attack of bandits. If it is not followed by any response, the staff toss around insults and put pressure on the fact that the recruit is “not a man”.

“In the military think all of us draft Dodgers. I told them that he was ready to pay their duty to the Motherland, not going to run and hide, but want to do it the other way — non-violent. They are very annoying that I know my rights and their responsibilities. Especially the fact that I say that they should and should not do according to their own rules”, — said Titov.

The service is not Charter