Moscow. 5 Aug. INTERFAX.RU — Responsibility for the assassination of Venezuelan President Nicolas Maduro took over the underground group “Flannel soldiers”; on Saturday she issued a statement about this in his Twitter. 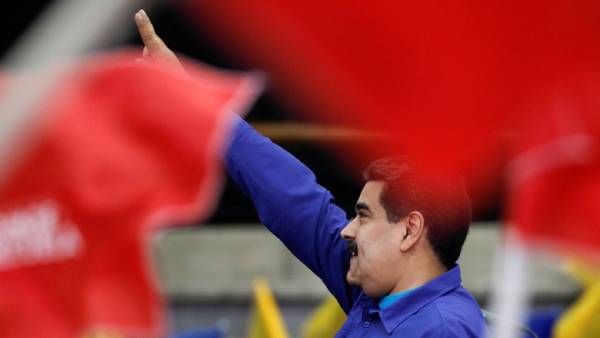 “The purpose of the operation was to deliver to the presidential Palace two drone with C4 explosives”, — stated in the message. The drones had not reached his goal because he was shot down by snipers. “We showed that they are vulnerable; in this time we have not achieved our goal, but it is only a matter of time.”

The investigation of the attempted assassination of the President of Venezuela has already started, it will conduct three public Prosecutor, announced the Prosecutor General of the Republic of Tarek Saab. Earlier, Maduro himself said that detained several people, which he called the organizers of the assassination.

“Flannel soldiers” positions itself as a national liberation movement. In January 2018, the newspaper El Nacional called their followers Oscar Perez — a police officer, in 2017 hijacked the helicopter and attacked the interior Ministry building and the Supreme court of Venezuela.

In January 2018, Peres was killed in a joint operation police and the national guard. Before he died, he posted online a video in which claimed to have tried to surrender, but the storm has not stopped. As a result, he and many of his supporters were shot dead.

Protests in 2017 began in Venezuela for the National Assembly elections, held at the insistence of Maduro, whose results the opposition refused to recognize.