The health Ministry denied the ban on abortion

The Ministry of health of Russia has not established a temporary moratorium on the termination of pregnancy. About the Agency TASS said the press service of the Ministry.

“The office was sent to the regions information letter with the request to support the action. “Give me a life!” is educational in nature and there are no instructions to increase the duration of the so-called “day of silence” was not”, — explained in the Ministry of health.

August 3, media reported that the Ministry of health of Primorsky Krai, Yakutia and the Ryazan region took the decision to impose a temporary moratorium on abortion. The ban lasts from 31 July to 3 August. 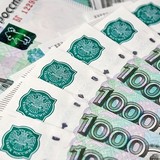 “Days of silence” — a period of two to seven days after treatment women in the medical facility, during which she can change her mind and refuse abortion.

In 2012, doctors got the right to refuse to perform abortion for religious reasons according to paragraph 3 of article 70, “doctor” of the law “About bases of health protection of citizens in Russia”.

In April it became known that the inhabitant of Stary Oskol (Belgorod oblast) have sent a “permission” for an abortion to the clergy: without his signature in a bypass sheet she refused to terminate the pregnancy.

See also: Mini-abortion. The consequences of abortion in early pregnancy