McFaul, commented on the appointment of Segal to the post of special representative of the Russian foreign Ministry

Former U.S. Ambassador to Moscow Michael McFaul, commented on the appointment of actor Steven Seagal to the post of special envoy of the Russian foreign Ministry, a Russian-American cultural links. Recording the former diplomat did in Twitter. 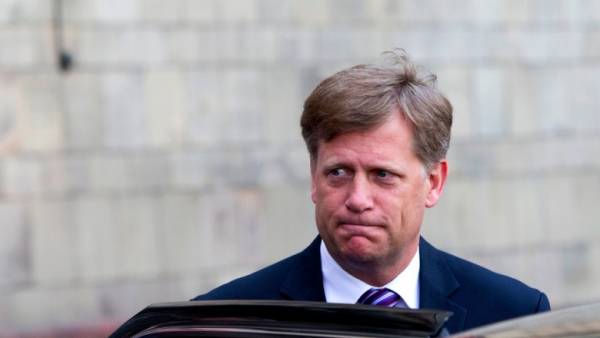 “Now, Seagal has become a Russian citizen? It will be “interesting”: Russia has appointed Steven Seagal’s special representative for improving relations with America,” wrote McFaul.

In another tweet he was limited to one word — “hopeless”, without specifying what is meant.

The Russian foreign Ministry stated that Segal would do “to promote the further development of Russian-American relations in the humanitarian sphere”. Those responsibilities include culture, art, public and youth exchanges, and more.

In this case we are talking about the socio-political positions that does not involve monetary compensation.

Seagal himself, who became a Russian citizen in 2016, stated that he always wanted to help improve relations between the two countries.