In Sochi explained why the storm drain, where a child has died, no bars

SOCHI, August 5 — RIA Novosti. Storm ditch in Sochi, which on Friday fell and killed a boy, should be completely open: any gratings is not provided by the project, reported the press service of the city administration. 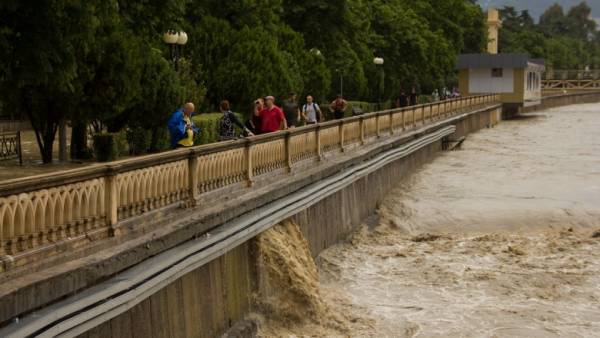 According to the press service of the city administration, storm water must be completely open: any gratings is not provided by the project.

Earlier it was reported that in the village of Lazarevskoye the boy fell in the storm gutter and swept into the sea. The baby’s grandmother tried to save him, but to no avail. Some time later his body was found in the sea.

According to the city administration, under the inspection of the scene revealed that in the street October in Lazarev district of Sochi in the early 1960-ies paved ditches storm — special structures for the reception of rainwater, which represent the trenches of the open type, which are one of the parties in almost every street of the village.

Facilities must be fully open, as during a volley of tropical downpours that happen in the city, the grid can fail due to flow of water, explained in the city hall.

Also they added that the broken bars may present a threat to the life and health of people.

The city authorities have stressed that the drainage ditch for more than 50 years effectively taking rainwater in the mountain village. According to them, the absence of stormwater drainage can lead to flooding or washout of the houses and outbuildings.

It is noted that when designing in Soviet times was specially provided that the sidewalk is on only one side of the road, opposite the trench.

“The lost boy broke away from her grandmother and ran out into the street that has no sidewalk, where it fell in the storm ditch. Grandmother and grandson lived in the hotel opposite, the woman focused on the area and knew about the presence of this hydraulic structure. Storm warning of showers and thunderstorms spread over few days, while it was repeatedly stressed that it is necessary to observe security measures not to endanger their lives and the lives of children. Unfortunately, the confluence of unfavorable circumstances led to the tragedy”, — said the press service.

On Sunday afternoon the boy’s father together with my grandmother, who was discharged from the hospital, took the child’s body in the Tatarstan Republic. Sochi authorities have rendered all necessary assistance to the relatives of the deceased, added in the municipality.