In Germany, began to choke the fish

Hot weather, steady in Europe, led to mass death of fish in rivers of Germany. It is reported by RIA Novosti. 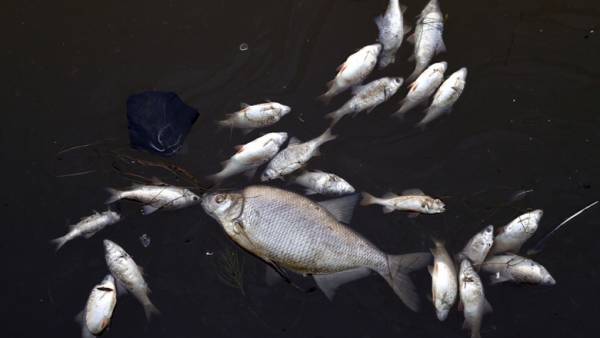 The heat has caused the decrease in the level of oxygen in the water, which threatens wildlife. In Hamburg from the surrounding waters caught five tons of dead fish on similar cases declare as the representatives of Lower Saxony.

As stated by the representative of the environmental Agency of Hamburg björn Marzahn, in the last few days, reports of dead fish are not available, which can be explained by either the fact that she was dead and lying on the bottom, or the fact that she’s trying to go in more deep waters. But the city is waiting for the deterioration of the situation.

According to the Agency, in Berlin the situation is calmer, although there are also not exclude the possibility of its deterioration. So the city launched a special vessel with the aeration system, which floats through a number of channels and saturates the water with oxygen.

In June, environmentalists have reported about mass death of herring in Piltun Bay on Sakhalin.