The project, trump: the wall on the border with Mexico begins to take shape

The President of the United States wants to protect itself from the neighbor’s wall for $25 billion in the First sections already being built. 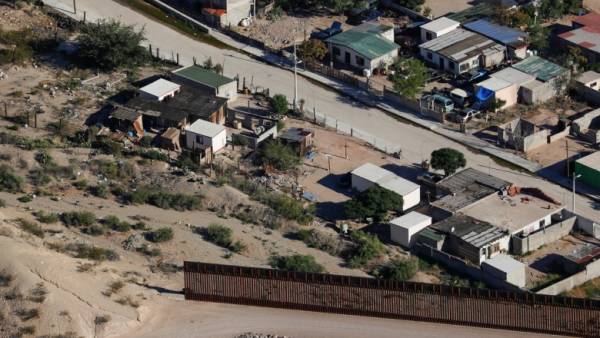 The construction of the wall on the border with Mexico was one of the main election promises of Donald trump. The US President is convinced that protective structures must protect Americans from drug dealers and “bad guys” and will pay for the project the Mexican government. However, at first, the wall will be financed by American taxpayers. TASS explains what is the destiny of key project trump and what he represents.

The wall of contention

In January 2017 the President of the United States, as promised, ordered the construction of a protective wall. The intention of the President, it will stretch 1,000 miles (1609 km) of the border, thus closing the gaps that remained after a similar project of George Bush.

All in all, the border between the two countries has a length of about 3,100 kilometers long and runs on a variety of landscapes, including through the inaccessible cliffs and rivers to be used as natural barriers.