In the Krasnoyarsk region, 18 people were killed in the crash of Mi-8 helicopter

MOSCOW, 4 Aug — RIA Novosti. In Krasnoyarsk region in the area of the Vankor field was wrecked helicopter Mi-8, 18 people were killed, told RIA Novosti in emergency services of the region. 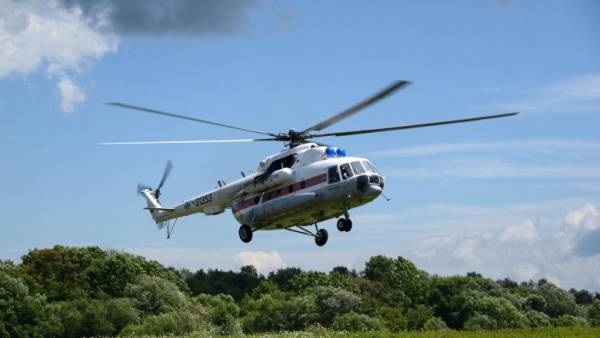 According to the MOE, the accident occurred two kilometers from the settlement of Igarka at 10:20 local time (6:20 Moscow).

The investigative Committee reported that on Board the helicopter were three crew members and 15 shift workers. A criminal case under article about infringement of safety rules.

The helicopter crashed in a deserted place. Found two “black boxes” — the instrument check flight parameters and on-Board voice recorder. Their condition is being specified.

The interlocutor of the Agency said that the Mi-8 crashed during flight, before the fall, he flew two kilometers. The aircraft was destroyed and burned. Upon impact with the ground the helicopter blew up both the fuel tank.

The cause of the crash, according to preliminary data, could be a technical malfunction or pilot error.

Source Agency said that the helicopter was carrying company employees “Vankor”. Later, the interviewee told that the aircraft belongs to UTair company.

In fact the collapse of the West Siberian transport Prosecutor’s office organized a check on the observance of the legislation on traffic safety of air transport.

At the scene flew the acting Governor of the territory Alexander USS.