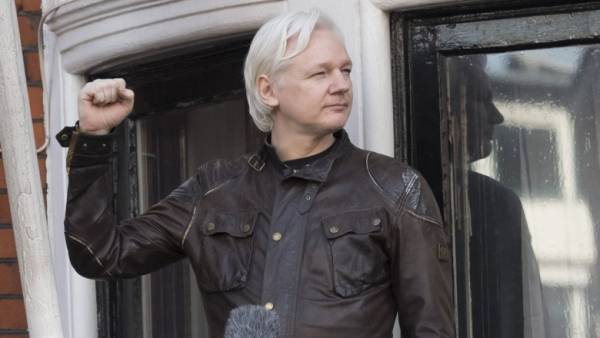 The first WikiLeaks material was released in December 2006. In it, in particular, was published by order of the leader of the Somali rebels Sheikh Hassan Dahir Aweys about the murder of members of the government of Somalia.

Well known resource received in April 2010 after posting a video killing a group of civilians with two helicopters for the U.S. army in July 2007 in Baghdad. Then killed from 12 to 18 people, including two Reuters reporters.

In July of the same year, WikiLeaks published “the Afghan war Diary” — more than 75 thousand official documents that talk in particular was about the details of combat operations. In October was published almost 400 thousand documents,”the Iraqi dossier” for the period 2004-2009.

In November, the scandal caused by the publication of about 250 thousand confidential telegrams to the US state Department. Dispatches from American embassies are often contained unflattering comments about foreign leaders and their politics.

In April 2011, the organization started publishing classified documents nearly 800 inmates of Guantanamo prison, among whom were children.

In April 2013, WikiLeaks released 1.7 million documents pertaining to US foreign policy 1970-ies. Most of them were marked “Not for distribution”. The files include intelligence reports, memoranda embassies, correspondence with congressmen and other documents.

In June 2015 were published documents showing that the NSA tapped the phones of the presidents of France Jacques Chirac and Nicolas Sarkozy, as well as a number of Ministers, ambassadors and other officials. In July, WikiLeaks posted a list of the 125 phone numbers of the German leaders, listening to the NSA, including Angela Merkel.

In October-November 2016 was published more than 50 thousand letters from confidential correspondence of the election headquarters of Hillary Clinton. In the archive, mainly letters of the head of staff John Podestà.

In March 2017 WikiLeaks has published part of 8.7 thousand documents and files on “secret hacker program” of the CIA — about the works on creation of software for hacking smartphones and computers, and to bypass encryption in instant messengers.