US intelligence agencies denied that employee of the U.S. Embassy in Russia had access to classified information

WASHINGTON, August 3. /Offset. TASS Yaroslav Azarov/ — the Representative of Department of Mazon Breiman stressed that employees of the U.S. Secret service who are citizens of a foreign state, may not have access to information concerning national security. 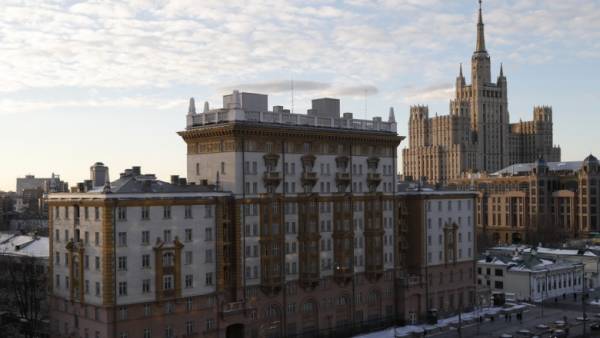 US secret service categorically denied the information of the British newspaper The Guardian about the availability of access to classified information at the Russians, who allegedly was dismissed from the American Embassy in Moscow. This was reported TASS the representative a press-services of the Secret service, Mazon Braymen.

“Employees of the U.S. Secret service who are citizens of a foreign state, does not have access to information regarding national security,” he said in response to a request to comment on an article from a British newspaper on 2 August.

In a statement soon appeared on the website of the Secret service, this article called “irresponsible and inaccurate” based “on statements of anonymous sources.”

Before The Guardian published its article, the Secret service provided the wording of our official statement and information clearly refuting unfounded data.the press service of the Ministry

According to The Guardian, the alleged agent of the Russian intelligence services for more than 10 years worked in the American Embassy in Moscow. The newspaper claims that the employee had access to the official mail system of the U.S. Secret service, and the schedule of the presidents (past and current), Vice-presidents and their wives, and Hillary Clinton.

Also the publication claims that the woman in question for several years was an employee of the US Secret service. The newspaper writes that in 2016, the security service of the Embassy of the woman suspected of having links with the FSB, however, reported to Washington in January 2017. While the Secret service decided not to launch a full-scale investigation. According to the source The Guardian, the employee was fired for just last summer after the Russian foreign Ministry after the adoption by Congress of anti-Russian sanctions has committed the United States to September 1, 2017 to reduce the number of employees of American diplomatic missions in Russia.

US intelligence agencies attributed to Russia’s interference in the electoral process in the United States in 2016. As part of the investigation, which is headed by spectracolor Robert Mueller, brought a number of charges, including citizens of Russia, as well as five Americans and one Dutchman. On 13 July on charges 12 individuals who allegedly are members of the military intelligence of the Russian Federation, announced the first Deputy Minister of justice Race, Rosenstein.