The Prosecutor’s office returned the money to the business

The Supervisory authority is struggling with debt on public contracts. 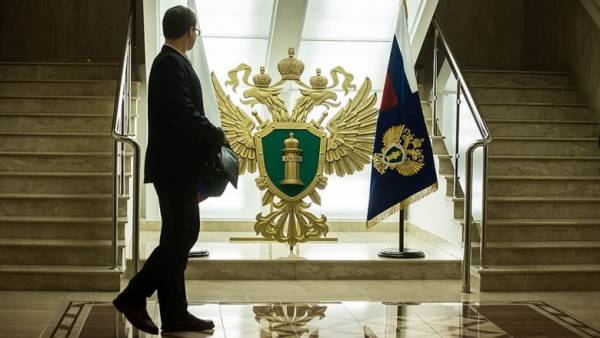 18 billion rubles of debt from the beginning of the year was returned to businesses on state contracts through the intervention of the prosecution. In this case, the Supervisory authority has prevented the conclusion of obviously unprofitable transactions only in the sphere of the state defense order of 4 billion rubles this was stated today at the semi-annual extended Board of the Prosecutor General of Russia.

The theme of protection of business interests has traditionally been in the area of special attention of prosecutors this year. This was said at today’s semi-annual summary meeting of the Supervisory Department of the Russian Prosecutor General Yuri Chaika. “For three years according to our requirements they already paid 104 billion rubles of debt for work performed on government and municipal contracts, of which 18 billion rubles in the current year”, — said the Prosecutor General. He also noted that the focus of the territorial and military prosecutors remained issues of execution of legislation in the implementation of the state defense order. “Uncovered numerous violations of the law on protection of the rights of the state on results of intellectual activities of military, special, suppressed facts deliberately unprofitable transactions with the assets of industrial enterprises in the industry in the amount of 4 billion rubles”, — he said.