MOSCOW, Aug 3 — RIA Novosti. Moscow investigators are examining video from surveillance cameras installed in the entrance of the house where the three sisters Khachaturian killed his father. This was written by the Investigative Committee in its channel in the “tamtam”. 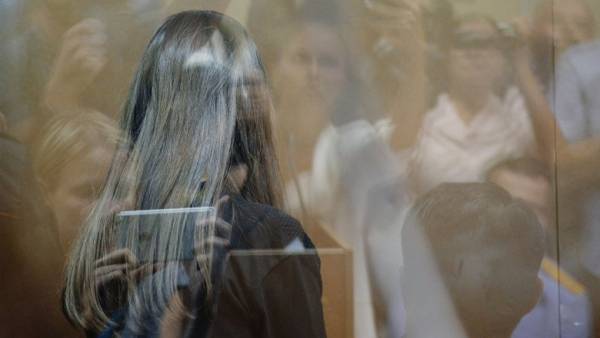 The message is accompanied by a 19-second video in which one of the sisters in confusion goes to the stairwell near the Elevator.

Earlier in SK have informed that three girls in the North-East of Moscow killed the father because of personal animosity, they were charged.

On the evening of 27 July in the stairwell of a residential building on Altufevskoe highway found the body of 57-year-old man with multiple stab wounds to the neck and chest. According to the source RIA Novosti in law enforcement, the girls claim that the man first attacked them with a knife while under the influence of drugs, they had to defend themselves.

According to the source, the younger sister, a student of 11th class, caused the father no less than 35 times with a knife in the neck and body. The other two girls attacked the victim blows to the head and splashed him in the face with pepper spray. Then one of the sisters snatched from the hands of a Junior knife and struck the man a blow in the heart. After the murder of the young girl called the police and told them what happened. Ostankino court of Moscow arrested on the eve of all three sisters.

Moscow investigators are examining video from surveillance cameras installed in the entrance of the house where the three sisters killed their father pic.twitter.com/yHP8KyrOj2