Scientist changed with the Belgian Institute

Secret information found in the correspondence of Victor Kudryavtsev. 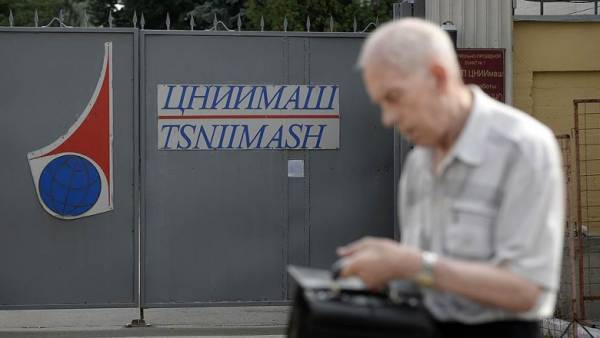 The Moscow city court upheld the arrest of 74-year-old employee of the Central research Institute of machine building (TsNIIMash) Victor Kudryavtsev, whose investigative management of FSB accuses of treason. According to counterintelligence, the scientist under the guise of scientific cooperation with Belgian Background Karmanovskaya Institute of hydrodynamics passed the secret services of NATO countries, including the USA, classified technical information on the use of hypersonic technologies in the combat missile complexes “avant-garde” and “Dagger”. According to the defense of Mr. Kudryavtsev, he has over 20 years had no access to classified information, therefore, does not understand the essence of the accusation against him.

The appeals instance of Moscow city court considered the complaint of protection of the employee of the TsNIIMash Victor Kudryavtsev on the decision of the Lefortovo court of the capital, 20 of July of this year arrested the scientist for two months. The meeting, as is usually the case, if we are talking about matters of treason (article 275 of the criminal code), passed in the closed mode, therefore, the argument which resulted in protection in favor of the election of a preventive measure, not associated with the content in jail, remained unknown. However, some clarity to the lawyer Evgeny Smirnov made after the Moscow city court found legitimate the arrest of the scientist. Mr. Smirnov said that Viktor Kudryavtsev accused of “passing classified information to the Belgian Background of Karmanovskaya Institute for fluid dynamics (Von Karman Institute for Fluid Dynamics), with whom the Institute has cooperated”.

According to counsel, the accused in the treason Viktor Kudryavtsev over 20 years had no access to secret information and “in the new Millennium with the secret data didn’t work”.

According to some, it could be connected including with the fact that the daughter of a scientist living in United States. It was also found that an employee of the Institute does not admit his guilt, the testimony in the case does not and says he does not understand the charges against him. According to protection, the reason for the arrest of Mr. Kudryavtsev began the information received by the FSB in the course of a relatively recent interrogation of a punishment for treason, the former head of Viktor Kudryavtsev in TsNIIMash Vladimir lapagina (76-year-old Russian scientist who participated in the creation of spacecraft, Vladimir lapygin in September 2016, was sentenced to seven years imprisonment). Victor Kudryavtsev, recall, was arrested in his apartment in the early morning of July 20 this year the staff of the 1st (space) Department of the “P” (in charge of industry) of the economic security service of FSB. Note that during the arrest and the search of the apartment, the garage, the car and in the country of the scientist witnesses were present, having a second degree of access to state secrets. In one day the consequence managed to present Mr. Kudryavtsev charges and have him arrested in court, and investigators raided the suburban Queen for 20 locations, it was assumed that the detainees can be more.

The content of the correspondence of Mr. Kudryavtsev is with the Belgian Institute is kept secret. Leading researcher of the Institute of mechanics of Moscow state University Andrey Tsaturyan assumes that speech can go about the program of the FP7 Space, which in 2011-2013 involved five European research organizations, including three Russian — TsNIIMash, the Central Aerohydrodynamic Institute and the Institute of theoretical and applied mechanics of a name of the Khristianovich Siberian branch of the Russian Academy of Sciences. But he argues that it was the “official grant, the program itself was agreed at all levels, and all the work on it was open.” “All she was doing, because he was a coordinator of international projects at the Institute, because I knew the language,” said Mr. Tsaturyan.

Meanwhile, according to Kommersant’s sources, counterintelligence believe that scientific correspondence with the Belgian Institute was a cover for the transfer of classified information to the secret services of NATO countries, including the United States concerning the technology for hypersonic missiles “avant-garde” and “Dagger” (the first — the strategic class “earth—earth” second — class “air—ground”; both complexes presented in his address to the Federal Assembly in March of this year the President of Russia Vladimir Putin).

This is the conclusion they came as a result of many months of operational development Mr. Kudryavtsev. According to sources, “Kommersant”, Mr. Kudryavtsev was in charge of “hypersonic” theme in TsNIIMash, and the JSC “EKO Concern “Almaz-Antey”” and the United rocket and space Corporation. The information he needs, the scientist received from the various experts involved in development of engine parts and fuel for hypersonic missiles, and his reputation among colleagues was so high, that for acquaintance with classified information of a special form of access to it and is not required.

See also: “nobody listened to Us”. Putin presented the new developments of Russian nuclear weapons