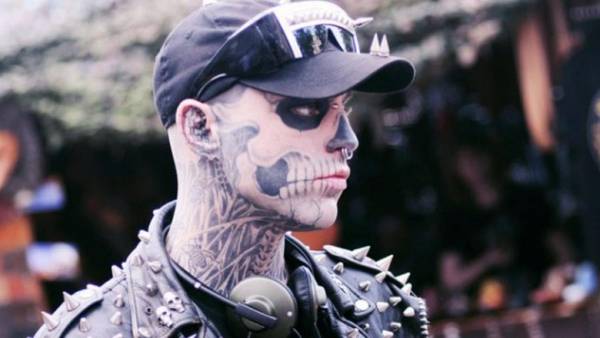 As reported by Radio-Canada with reference to authorities, 32-year-old Genest was suffering from mental health problems and was not able to cope with them. He died on 1 August in the canadian city of Montreal.

Zombie Boy became the most famous after the release in 2011 of a clip of American singer Lady Gaga’s song Born This Way. He also starred in an episode of Director Carl Erik Rinse “47 ronin.”

The suicide of a friend, Rick Genest, Zombie Boy is beyond devastating. We have to work harder to change the culture, bring Mental Health to the forefront and erase the stigma that we can’t talk about it. If you are suffering, call a friend or family today. We must save each other. pic.twitter.com/THz6x5JlpB

The suicide of a friend of Rick’s Genesta is more than daunting. We need to work to change an entire culture, to bring mental health to the forefront and remove the stigma that we can’t talk. If you are suffering, call a friend or family. We must save each other

In addition, Genest twice got into the Guinness Book of records as the person with the greatest number of bones tattooed on the body (139 units) and with the largest number of tattoos of insects (179).