MOSCOW, Aug 3 — RIA Novosti. Journalist, friend of the deceased in the Central African Republic Orhan Jemal Maxim Shevchenko has suggested to create an independent group to investigate the murder of Russian colleagues in the Central African Republic, which could include journalists of different views, with experience in hot spots; along with this the intention to send in his crew to study the situation and problems there a journalist can face, has said one of the Russian media. 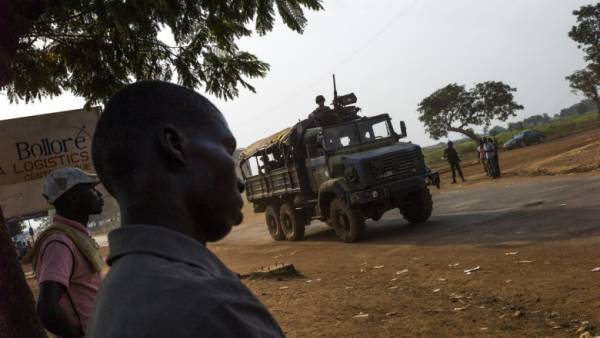 “I suggested to create such a group in a live broadcast of “echo of Moscow” — I turned to the journalists and the authorities to create an independent group to investigate the reasons for the murder of our comrades,” — said Shevchenko, RIA Novosti Thursday.

In his opinion, such a group can enter all the journalists who knew Orhan, I have experience in combat, regardless of political or other views.

“This is a corporate issue, we can’t afford to let our comrades with impunity, was shot and killed here. I don’t know, Eugene Poddubny, I think, different views may be, Semyon Pegov, Vlad Shurigin”, — said the interlocutor of the Agency, speaking about the journalists who could work within such a group.

However, while a public proposal to form a group to investigate none of my colleagues have not responded. “Yet, while no one responded, but I think many will respond. Too many people knew Orhan, Orhan loved”, — said Shevchenko.

Asked to clarify whether he will take part in the work of the group, he said: “I now put forward a candidate in the Vladimir region, but obviously I have to coordinate and interact with them.”

When I will do my duty to the voters of the Vladimir region, if I can become a local member of the legislative Assembly, of course, I did not refuse the mandate, I’m also certainly going to investigate this crime.Maxim Sevencorners

The head of the control Center investigations Andrew konyahin reported that the 1 August meeting in Moscow with a friend who was killed in the Central African Republic Jamal — he said he wanted to investigate the circumstances of the death of the crew. The head of the LRC did not specify the name of the friend of the deceased journalist.

“Unfortunately, nothing substantial he could not tell, but he wants to do an investigation about the death of the group,” said konyahin RIA Novosti.