KRASNOYARSK, Aug 3 — RIA Novosti. Convicted for the murder of former Colonel Yuri Budanov Yusup Temerkhanov died at the city hospital in Omsk, he had a chronic illness, told RIA Novosti on Friday the representative of the regional Department of the Federal penitentiary service. 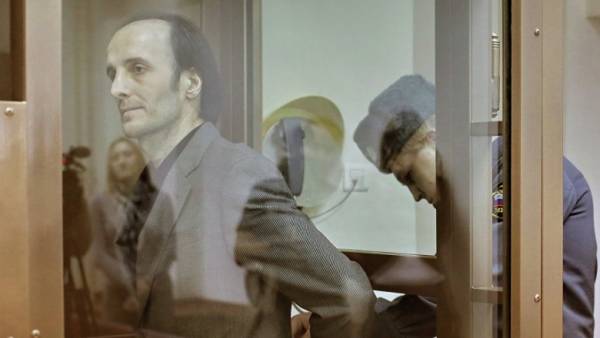 On the death of Temerhanov RIA Novosti earlier told his lawyer Rosa Magomedova. According to her, he heart stopped.

“He died in the city hospital, which was transferred from the hospital of the FSIN. The decision to transfer was made on 1 August, as his health deteriorated. He had chronic health problems, why he died,” — said the Agency interlocutor in the FPS.

The Department explained that the first Temerhanov served his sentence in a strict regime colony, however, as health conditions were relaxed. After ill health he was transferred to the medical unit of the colony, and from there to the city hospital.

Temerhanov five years ago was sentenced to 15 years in prison for the murder of Budanov in June 2011. The investigation revealed that Temerkhanov released former Colonel eight bullets when he came out of a notary office in Central Moscow.

A native of Chechnya killed the former Colonel because of “hatred towards a social group soldiers,” wrote “Kommersant” with reference to the data of the investigation. This crime was one of the most notorious in the modern history of Russia.

Colonel Yuri Budanov is the Russian military, convicted and stripped of the title in 2003 for the murder of 18-year-old Chechen girl Elza Kungayeva. In the 90 years he commanded the 160th guards tank regiment, who took part in the Second Chechen war. Freedom Budanov was released six years later after the verdict.

In the yard of the house where he was killed by the Colonel, a memorial plate. Last year, an unknown person threw in a plate of “Molotov cocktail”. Have you managed to detain hooligans it was not mentioned.