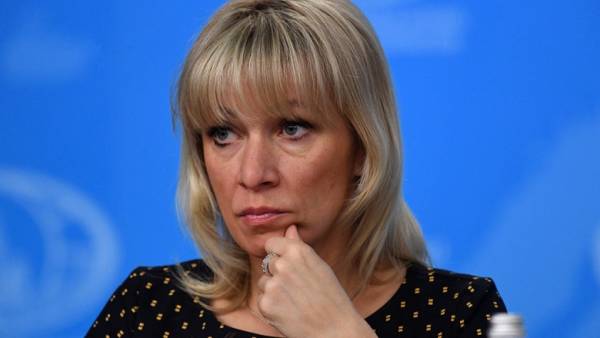 “As evidenced by the first results of investigative actions, the Russians were attacked by unknown persons and trying to resist was killed,” Zakharova said at a briefing in Moscow.

According to her, the purpose of attacking Russian citizens was a robbery, including car hijacking.

Zakharov added that the Russian diabetici doing everything possible to send the bodies home today, 3 August.

“The Russian Embassy is taking all measures to send them home was made today. For ethical reasons we will not announce the date of arrival of the flight. At the same time, I want to say that all the data was handed over to the relatives of the victims”, she added.

Earlier the Russian foreign Ministry announced the death of Jamal, Rastorguev and Radchenko in the CAR. On this fact the TFR opened a criminal case. As reported by RNS editor in chief of radio station “Echo of Moscow” Alexei Venediktov, in the CAR Jamal was doing a film about PMCs.