“He was a model, these actors are almost there”

Named the cause of death of actor Yury Martynov. 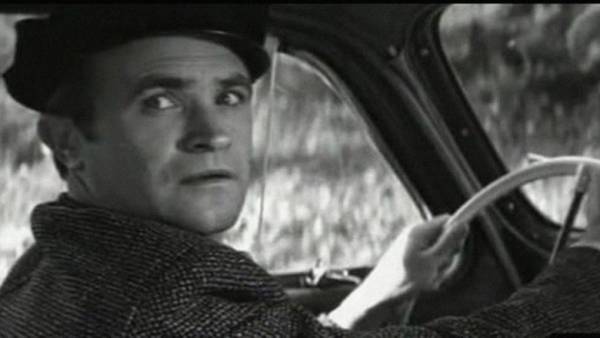 The funeral of the star of the film “Eternal call”, “Cruel romance”, “Station for two” Yury Martynov will take place August 4 in the Pushkin district of Moscow region. Honoured artist of Russia Yury Martynov has died on 85-m to year of life on August 2 in his apartment in Moscow after the heart stops.

Legendary star of the film “Eternal call”, “Cruel romance”, “Station for two”, honored artist of Russia Yury Martynov has died on 85-m to year of life on August 2 in his apartment in Moscow after the heart stops, passes the Fifth channel.

Farewell to the actor will take place on Saturday, August 4. Martin will be buried in the Pushkin district of Moscow region, reports RIA “Novosti”.

The staff of the State theatre of film actor expressed his condolences in connection with death of the artist, reports the FAN.

“A graduate of the all-Russian state Institute of cinematography, it is with honor and dignity served in our theatre more than 50 years, becoming over the years a truly brilliant and successful artist. Natural and artistic temperament, coupled with the strength of character helped Yuri Fedorovich to create stunning images in the movies”, — stated in the obituary on the website of the theatre.

The theatre’s Director, Suren Shaumyan said that the talent and self-discipline and loyalty to his beloved profession has always distinguished Martynov, adding that such qualities are the example for the younger generation of artists.

How long ago was when we first met, so many years have passed, Yuri Martynov! Sweet, kind, very honest person. It so happened that we were lucky enough to be in many expeditions, we were United in hotels, lived perfectly, never had any quarrels, never! This is a striking man he was. He was closer than a brother. Nicholas Morel Actor

Colleague Martynov’s theatre Tamara Semin said that Yuri loved everything — family, friends, and creative team. “Wonderful, wonderful, loyal, monogamous. He has a wonderful family, a great relationship in the team. The real soul of the company. Yura everyone just loved! He was quiet, calm, but with a terrific sense of humor. Leave the most amazing and wonderful people,” said the actress.

Actor and Director, a close friend Martynov, Anatoly Yabbarov said that the health of the actor has shaken the death of his wife Valentina.