Environmentalists have warned of a mass extinction of lemurs

The lemurs were the most vulnerable primates in the world: 105 of 111 species of these animals are under threat of extinction. To such conclusion participants of the seminar on the conservation of lemur held by the International Union for conservation of nature (IUCN). On the outcome of the seminar told of environmental organization Global Wildlife Conservation. 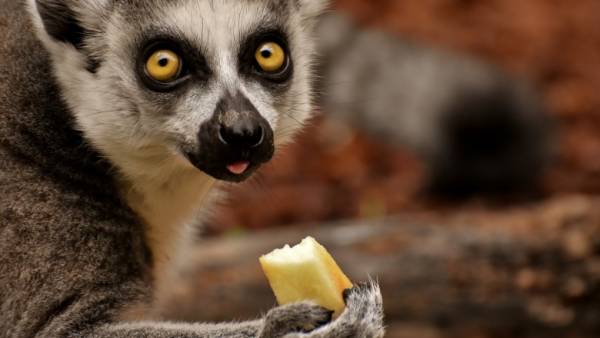 Lemurs are primates belonging to the suborder of wet-nosed, — are found only on Madagascar and the Comoros Islands off the coast of Africa. Scientists still find new species of these rare animals in January of this year, zoologists have described a new species of lemur in Madagascar, called dwarf lemur groves.

Found the unluckiest Koala in Australia

Environmentalists point out that 105 of the 111 listed in the red data book species of lemur in Madagascar must have a status of “vulnerable”, “endangered” and “critically endangered”. This means that under the threat of extinction is 95% of all the lemurs on Earth. While the findings of the seminar a recommendation, and official update of the red book, they must pass a peer-review process.

Among the main threats to lemurs — in particular, deforestation and burning of forests, agriculture, and mining. In addition, one of the participants of the seminar, Professor Christoph Switzer from Bristol Zoological society told the BBC that in the last decade has intensified the hunting of lemurs, which are caught for sale as exotic Pets in the Madagascar restaurants.

The extinction of lemurs, according to ecologists, can have widespread effects on the ecosystems of Madagascar: lemurs, in particular, are spread around the large island seeds for some key flora and fauna species. In addition, the island’s economy is heavily dependent on ecotourism, to which the lemur is one of the main “assets”.

Among species, the level of threat to which had previously increased, for example, the largest living lemur, the indri indri (Indri indri), living in the North-East of Madagascar, and the world’s smallest Primate — 30-gram mouse lemur Microcebus berthae. Probably the rarest lemur (in the wild there are only about 50 individuals) was named the Northern langur lemur (Lepilemur septentrionalis).