Became aware of the wounded Russian instructor in the CAR

The Russian instructor was wounded in the attack of militants on soldiers of the army of the Central African Republic. It happened on June 10 this year, according to the report to the UN Security Council. The report is dated July 23, informed about this incident was not reported. 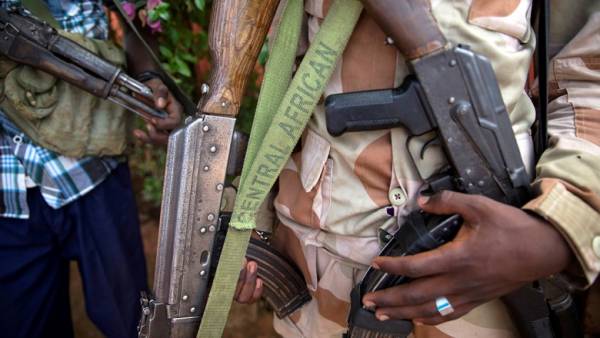 The soldiers, accompanied by Russian instructors were sent to the town of Bangassou. Passing through the village Bambara, they were attacked by militants of the “Union for peace in Central Africa” (UPC) is a branch of the Muslim armed group Seleka. UPC, as follows from open data, monitor the surrounding area Bambari. The result was the wounded one instructor from Russia (military or civilian, is not specified) and two soldiers.

The experts conclude that this incident demonstrates the ability of illegal armed groups to confront government forces.

The Central African Republic said about the possible involvement of militants, “Selkov” to murder in the Republic three Russian journalists — Orhan Jemal, Alexander Rastorguev and Kirill Radchenko. On their death it became known on July 31.

According to the foreign Ministry in Central African Republic for the training of soldiers of the Republican army was sent 5 170 military and civilian instructors, the country was delivered a consignment of small arms and ammunition. This was done with the consent of the UN security Council. There is unofficial information activities in the Central African Republic mercenaries from so-called private military company Wagner.