According to forecasts from the MIT, an increase in the temperature and humidity threatens 400 million people. 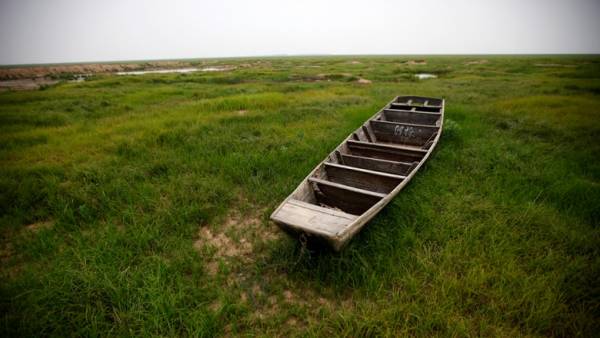 Scientists at the Massachusetts Institute of technology (MIT) believe that global warming and rising humidity due to irrigation threatens one of the most densely populated areas on Earth — the great China plain, where, in particular, is Beijing. The temperature increase in this region, coupled with its traditional high emissions of greenhouse gases can already by 2070 to lead the region with a population of about 400 million people will become unsuitable for permanent habitation.

Yesterday, MIT issued a study that reported that one of the most densely populated areas of China and the whole Earth this century may become a threat for permanent residence: “the Risk of deadly heat has increased significantly due to intensive irrigation in a relatively dry, but very productive region of the Great plain of China (North China plain). This has significantly increased the vulnerability to temperature increase, because more intensive irrigation leads to greater evaporation of moisture in the air that, coupled with the increase in temperature can cause shock to human physiology”.

The research of scientists published in the journal Nature Communications. This is the third such study by MIT on how densely populated regions of the world could threaten the rise of temperature in the first two it was about the Gulf region and South Asia. However, in the case of the great Chinese plain scientists see the greatest risks for the human population. “In this case, the consequences can be much more serious than in the cases previously described in other regions, — said one of the study’s authors, M. elfatih Eltahir.— This region is one of the hottest in the near future, especially given global warming.”

Over the past 50 years, scientists record on the North China plain, more abnormally hot periods. The average temperature in this region during this time almost doubled more than the international average — by 0.24 degrees Celsius compared to 0.13 degrees Celsius. In 2013, a heat wave in this region lasted for a record 50 days, in some places the temperature reaches +38C. In the largest city in the East of China, Shanghai, in 2013, was achieved a 141-year record of temperature that led to the deaths of several dozen people.

MIT scientists say that the combination of high temperatures and high humidity can make this densely populated region unsuitable for permanent habitation. According to their calculations, at a temperature of +35°C and predicted for this region of humidity, even a healthy person can not stay outside more than six hours. Given global warming and high greenhouse gas emissions in this region, such conditions may occur between 2070 and 2100 years. The researchers conclude that “if in the near future not urgent and decisive action is the most populous and important in relation to the agricultural region of China may begin to experience such critical temperature periods constantly. This will lead to the most disastrous consequences for human life of all densely populated areas on Earth.”