Prisoners were beaten because of Russia’s defeat in the world Cup? In a Business FM — acts survey

In mass media there was information according to which employees of Transbaikalian colonies upset with the losing team at the world Cup. Information about the prisoners of the station was confirmed by the head of the Zabaikalsky human rights center. 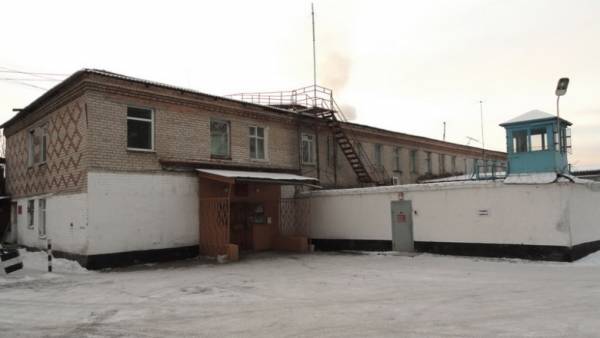 Prisoners in the TRANS took a beating for losing Russia Croatia at the world Cup, according Meduza. According to the convicts of the penal colony № 5 Alexander Nokhrina born in 1992 and Yevgeny Afanasyev born in 1990 in a state of alcoholic intoxication, the prison staff beat them, including using non-lethal weapons, because upset because of the defeat of the Russian team.

Information about the testimony of prisoners confirmed to Business FM head of the Zabaikalsky human rights center Anastasia Kopteva:

— We received a signal about the beating. In order to double check all information, a human rights lawyer called for convicted Nokhrina and Afanasyev, and they confirmed to her the fact of beatings. The next day, July 12, we went to the Investigative Committee, has put them on notice. Wrote a statement about the criminal case and booked an appointment with the assistant Prosecutor. I also set him know, asked to connect and quickly check. To date, the results and the official position of the authorities on this issue is unknown to us.

But the case filed?

— We don’t know the official answer was not yet.

The head of the Zabaikalsky human rights center has also provided Business FM acts survey of prisoners, which tell about the beatings and the conditions of detention. For each prisoner to have a little more than half a square meters. Here is what Alexander Nohrin:

In the room where the library is located, I was examined. When leaving the room, I wrung his hands, was led to the chamber, accompanying the kicks and ect. Only had five employees or more. They smelled of fumes.

“They were upset that the Russian football team lost to Croatia, and, apparently, so I decided to vent on me his shame. Held a personal inspection my cellmate Mikhail Klimov was severely beaten by the same staff. When I entered the chamber, he was completely naked, on her back and face were bruised. After a few days he was sent to the Shu.” Also, I learned that in addition to the us, beat Yevgeny Krieger and other prisoners. Some of them opened to itself veins on hands, medical aid was not available to them, the representative of the Prosecutor did not come. In terms of content: rotten floors, no ventilation, the beds are broken, sewage from the toilet is running under the floors, cook a meal of the missing products. We are on hunger strike, because this food is impossible.”

According to Yevgeny Afanasyev, of the prisoners “gassed”: