Media accused UN peacekeepers in the mass rape of children

British journalists accused UN peacekeepers in the mass rape of children around the world. According to them, thousands of blue helmets carried out the sexual abuse of starving women and children in places of service. 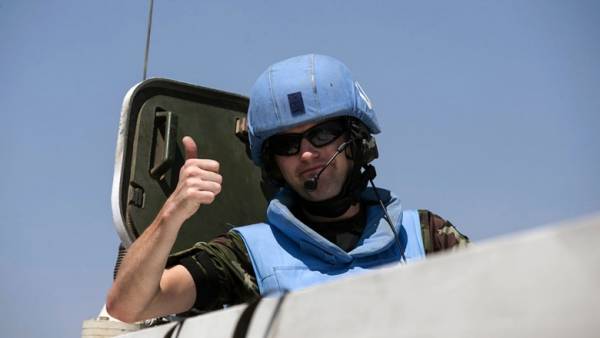 The Channel 4 conducted its own investigation, the results of which revealed that the past 20 years, more than 1,700 peacekeepers were accused of rape civilians, but before the trial came only a little more than 50 cases.

A resident of the Congo Valerie in an interview admitted that the first time was a victim of rape at age 14. According to her, the peacemaker Didier Bourget offered her money at that moment, when her family was below the poverty line.

In 2004 against the Frenchman opened a criminal case in the homeland. He was accused of raping more than 20 minors, however, proved there was only two cases.

After his release, Burge admitted that he and his companions in Africa were able to get anything for food or a little money.

“They were starving, so to force them to have sexual relations for remuneration, it was pretty easy,” — said Bourget.

“I’m just honest. We have very good people, we have people who are so-so, we have some bad people, and we have very bad people”, — commented the UN force commander, Lieutenant-General Balla Keita.

The head of the UN mission in Africa to combat disease Ebola Anthony Banbury said that the peacekeepers do their jobs, understand the outrage of people facing tyranny.

Earlier, UN peacekeepers have been repeatedly accused of sexual violence in the Congo. In October 2017 the capital of Congo Kinshasa was named the third city in the world according to the severity of sexual violence.