The test of the us Intercontinental ballistic missile ended in failure

As reported in the press service of the global strike Command of the air force, the product destroyed the security reasons during a flight over the Pacific ocean. 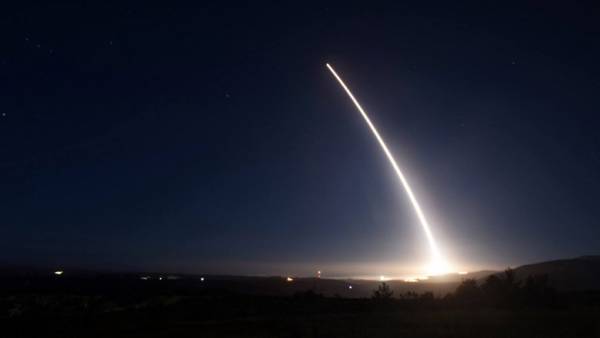 WASHINGTON. /TASS/. Ended in failure on Tuesday test-fired an Intercontinental ballistic missile (ICBM) Minuteman III. As reported the press service of the global strike Command of the air force, the missile was destroyed for safety reasons during a flight over the Pacific ocean.

It started early in the morning on July 31 from a silo at Vandenberg air force base (California) and at 04:42 (14:42 MSK) at the time the Pacific coast of the U.S. it was sent a signal of self-destruction.

Representatives of the U.S. air force said that during the flight the missiles were detected anomalies. However, no other details, they failed.

“Anomaly — any unexpected event during the test. Since anomalies can occur due to many factors related to the operating platform or test equipment required careful analysis to define [their] reasons,” the document says.